Carmaker reported earnings before interest and taxes of €9.2bn, just ahead of forecasts 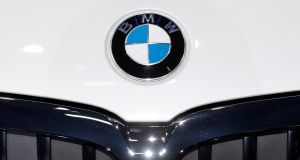 BMW will step up cost-cutting in anticipation of a difficult year, the German carmaker said on Friday, as it reported a 7.9 per cent fall in 2018 operating profit due to higher investments in electric cars and currency headwinds.

“We expect strong headwinds to continue to affect the entire sector in 2019,” the company’s chief financial officer Nicolas Peter said in a statement.

“In view of current developments, we intend to further broaden and significantly intensify these [cost-cutting] efforts,” he said, adding the company would reduce the number of vehicle variants on offer.

As a result, BMW will not make a successor to the 3 series Gran Turismo model, it said.

BMW’s 2018 earnings before interest and taxes fell to €9.12 billion, just ahead of the €8.94 billion forecast by analysts in a poll.

The carmaker said its return on sales for its automotive division fell to 7.2 per cent from 9.2 per cent a year earlier, as investments in electric cars and a price war triggered by new emissions tests weighed on profit.

1 Chris Johns: Ireland risks populist culture war over property and pensions
2 Javid’s EU divergence plans provoke industry backlash
3 Help, I’ve no PRSI stamps – can I still get a pension?
4 Not everyone ‘feeling full benefits of economic growth’
5 Reddit bans misleading deepfakes ahead of US presidential election
6 Giving your child a mobile phone: The pros and the cons
7 Pointy sale: How a Google reject built a $160m company and sold it to Google
8 ‘Short window’ to stop AI taking control of society, warns ex-Google employee
9 Ulster Farmers’ Union calls for vegan ads to be removed from buses
10 Roll up, roll up: capitalism will drive cannabis legalisation in Ireland
Real news has value SUBSCRIBE