Building new models in UK will be ‘extremely complicated’ 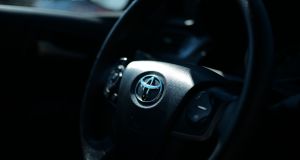 One of Toyota’s top executives has warned a no-deal Brexit would make it “extremely complicated” to build new models at its British plants in the latest blow to the health of the UK car industry.

The warning by Japan’s biggest carmaker that no-deal makes it less likely it will manufacture additional models in the UK follows Nissan’s recent reversal of a 2016 decision to build a sport utility vehicle in Sunderland and Honda’s planned Swindon closure.

It also comes against a backdrop of steep falls in investment in the UK car industry.

“If we don’t have access to the European market without a specific border tax, it seems to be extremely complicated to think about . . . introduction of another model,” Didier Leroy, chairman of Toyota’s European operations, told the Financial Times.

He was not referring to replacing the Corolla, currently made at the Burnaston site in Derbyshire, but to adding new models to the plant.

Toyota has two factories in the UK, employing about 3,000 workers at its vehicle manufacturing plant in Burnaston and its engine production facility in Deeside in North Wales.

Mr Leroy stressed Toyota has “no plan today to withdraw from the UK and stop production”, but added that a hard Brexit will create a “mountain” sized challenge for its British plants to remain competitive.

He called a no-deal exit “terrible” for its UK operations.

It is “feasible” to keep Toyota’s UK plants open under a no-deal scenario, but said the bar will “rise”. Tariffs and border checks with Europe would put its UK business under “even more pressure”.

New spending in Britain has fallen by 90 per cent in the last five years, according to figures from industry body SMMT, as carmakers and their suppliers delay or divert business decisions.

In February, Honda said it will close its Swindon car plant, and on Monday Japan’s ambassador to the UK Koji Tsuruoka told Sky News that other Japanese businesses may leave Britain if its relationship with the EU is not sufficiently strong.

Carmakers constantly seek to improve the efficiency of their plants, often by adding additional models or increasing production, which leads to more jobs and supply contracts.

While he said there are no “short-term” plans to add vehicles to the site, a decision could be taken within the next decade to expand work at the facility.

“No deal is terrible, it will create big additional challenges to keep competitiveness,” he said.

Earlier this year, Toyota began making the new Corolla model in the UK following a £240m investment in Burnaston.

Mr Leroy added that the company’s investment into new machines at its UK site two years ago in preparations for building the model were made on the “trust” that the British government would achieve a deal with Europe.

More than 90 per cent of the vehicles made at Toyota’s Burnaston site are exported to Europe.

He said the spending was based on “significant trust in the UK that they will be able to achieve a good deal in Europe”.

Britain is due to leave the EU on March 29th, while Theresa May, prime minister, has attempted to pass a deal through parliament that would see some of the UK’s European access continue during a transitional phase.

Mr Leroy said the UK parliament had “to decide what’s best for employment” when assessing whether to leave the EU without a deal.

Kerry pressing ahead with agm next month despite Covid-19 crisis 15:15
Irish economy could contract by 13% if shutdown lasts until August 14:33
Aircraft lessors cheered by US airline bailout 14:23
Medtronic shares ventilator design publicly to increase production 13:55
Irish economy will suffer mildest shock to output from coronavirus - OECD 13:48