Google to ban cryptocurrency ads as part of wider crackdown 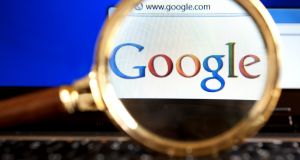 Google is set to ban ads that promote cryptocurrencies from its network from June, as part of a tightening of its rules on more complex financial products.

The company said it was introducing the new rules for binary options, cryptocurrency, foreign exchange markets and contracts for difference.

The company removed thousands of bad ads and websites from its advertising network last year as it improved the technology it uses to police its system. Some 320,000 bad publishers were removed from the company’s ad network in 2017, up from 100,000 the year before.

The company said it also blocked almost 90,000 websites and 700,000 mobile apps for violating its policies.

Google introduced new technology last year that allows it remove Google ads from pages rather than a whole site, a move that has seen it penalise more than two million web URLs every month.

Technology companies have come under increased scrutiny in recent months for their roles in disseminating bad content, from hate speech to fake news. Last year, YouTube was hit by an advertiser boycott after companies found out their advertisements were running on pages that contained extremist or other objectionable content.

Google said it updated its policies, expanding its policies in April to cover forms of discrimination and intolerance beyond hate speech protections that led to the removal of Google ads from 8,700 pages.

The company also said it reviewed more than 11,000 sites for suspected violations of its policies on misrepresenting content; more than half were blocked, and 90 publishers had their accounts closed. Most of the sites were reviewed in the first half of the year. That compares with 1,200 sites reviewed in a single month in 2016, with about a quarter blocked and 200 accounts terminated.

Google introduced policies on such content in 2016, banning its ads from appearing on websites that offer deceptive content, such as selling fake diplomas or certificates. That was subsequently updated to include content that deceives its users.

Google also took steps to clean up the ads that are being served through its system. More than 3.2 billion ads were removed last year, an average rate of 100 per second. In 2015, the company removed 700 million from its platform.

Google said it blocked more than 12,000 websites for copying content from other sites, suspended 7,000 AdWord accounts for tabloid cloaking – where scammers pretend to be news to game Google’s system – and blocked more than 79 million ads that tried to direct people to malware websites. It also took down 400,000 of the malicious websites, and removed 130 million ads that tried to trick its ad review processes or otherwise abuse the ad network.

There was also a significant number of ads blocked by Google for attempting to trick users into installing unwanted software, with 48 million booted from the ad platform, and 66 million “trick to click” ads, those that can appear as if they are legitimate system warnings but can harbour harmful software or malware, were taken down.