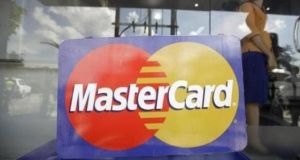 Mastercard has announced a major restructuring that directly impacts its fintech-focused research and development centre in Ireland, which employs more than 200 people. However, it is believed there will be no job losses as a result of the move.

If anything, it is thought the decision to merge the company’s physical and digital payments team under one organisation may lead to the creation of more roles in Dublin.

The restructuring, which comes into effect in early April, coincides with the departure of Garry Lyons, who set-up Mastercard Labs here in 2012.

Mr Lyons, who previously led Orbiscom, is leaving Mastercard to establish a new venture, although the company stressed he will remain an advisor to its management committee, while the new venture is to provide services to his former employer.

“I’m excited for this next chapter in my career,” said Mr Lyons, who was chief innovation officer with the payments giant.

“I’m equally delighted to embark on this journey with Mastercard as a partner as we create new services for our customers,” he added.

It is believed his former employer has offered financial backing for his new start-up.

“Garry has helped us to think differently about the payment experience, using those sparks to deliver additional value to customers and consumers,” said Ajay Banga, president and chief executive officer, Mastercard.

“I’m looking forward to the opportunities his new venture will create for our company, both as a customer and as an investor. We look forward to our shared success,” he added.

Mastercard Labs is focused on digital payment solutions, most notably the QKR app, which is being used by Wagamama, Zizzi and Ask Italian in the UK.

Mastercard employs 325 people in total in Dublin with the Leopardstown office also housing HR and operations as well as the R&D centre.

The last publicly available accounts show the payment giant’s Irish unit reported a €30.9 million pre-tax loss for 2016, up from €29.3 million a year earlier as turnover increased to €18.5 million from €15.9 million.

Revenues for the subsidiary are generated through service agreements with other group entities.