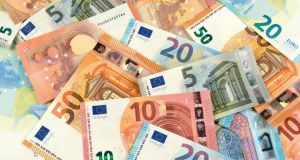 Most of the funding raised in 2017 was for growth and expansion, representing 85 per cent of funds.

“It is noteworthy, however, that seed/early stage grew significantly reaching a high of €131 million for the year, up from €70.2 million in 2016,” said Sarah-Jane Larkin, director general of Irish Venture Capital Association (IVCA).

International investors were responsible for 63 per cent of the total, but Irish-based investors also played a significant role, often acting as the local lead investor for syndicates.

“International VCs are often encouraged by the due diligence implications of early stage funding by a local VC,” she said.

The most funded sector was software, which accounted for 28 per cent of the money raised last year, followed by life sciences at 23 per cent and fintech at 18 per cent.

Chairman of the IVCA Peter Sandys warned there was no room for complacency.

“With continuing uncertainties over the impact on Ireland of Brexit, lower US corporation tax rates and possible US trade wars, it is more important than ever that we continue to build an indigenous knowledge-based economy,” he said.

Since the beginning of the recession in 2008, more than 1,400 Irish SMEs have turned to venture capital funds to raise €4.5 billion, which in turn supported the creation of almost 20,000 jobs, Ms Larkin said.

1 Should I switch bank now with Ulster Bank at risk of closing?
2 Household wealth jumps by 74% since last recession – report
3 Will brother’s widow get half of our parents’ estate when they die?
4 ‘Tax war’ will hit Ireland if digital tax talks fail, OECD says
5 House insurance: save yourself money by reviewing your policy
Real news has value SUBSCRIBE