France to take legal action against Google and Apple 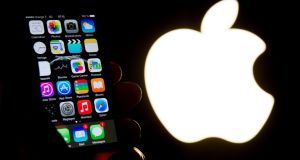 “All that is unacceptable and it’s not the economy that we want. They can’t treat our start-ups and developers the way they do.”

Mr Le Maire said the fines could be in the “million of euros”.

Representatives for Apple and Google couldn’t immediately be reached for comment.

Mr Le Maire’s office said an investigation by the ministry’s fraud office determined that between 2015 and 2017 there were “significant imbalances” in the relationship between the two companies and developers who sold via their application stores. The findings of a similar inquiry into Amazon last year are being reviewed by a tribunal, his office said.

France has had a complicated relationship with internet giants, on the one hand courting them to set up operations in the country and, on the other hand, leading efforts at the European Union level to force them to pay more taxes in the countries where they operate, rather than in low-tax countries such as the Republic and Luxembourg where they’ve based their European subsidiaries.

Google, Amazon and Facebook have consistently praised France for its talented pool of engineers and researchers over the past years. They’ve cited the quality of candidates as the main reason for setting up labs in and around Paris on themes from artificial intelligence to delivery drones.

France has been promoting its start-ups to grab part of the spotlight on the global tech scene. While the country hasn’t produced technology giants, it has had smaller successes such as Criteo, Blablacar and Sigfox.