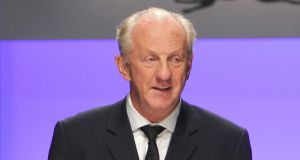 New accounts filed by Paul Costelloe Design Management Ltd show that the company’s profit after tax and dividends totalled €182,173 for the 12 months to the end of August last.

Mr Costelloe has been a feature on the Irish design landscape for decades. The Dublin-born couturier, who first left Ireland at the age of 19 to “live off tins of ravioli” in Paris, soon became a royal favourite and designed many of Princess Diana’s outfits.

Costelloe has also benefited from his link up with Irish owned retail giant Dunnes Stores with his ‘Paul Costelloe Living’ range.