Up to €92,000 was paid in respect of inadequate breaks 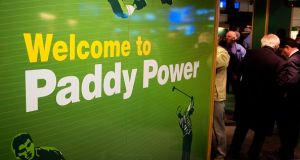 Workers denied rest breaks at Paddy Power betting shops have received as much as €92,000 in compensation after the Workplace Relations Commission (WRC) completed adjudication on 92 separate cases.

According to Mandate trade union, as many as 85 workers took cases to the WRC complaining of not having adequate breaks including, in some cases, having to eat lunch at their desks while serving customers. Because the WRC hears cases relating to incidents from up to six months prior, and as a result of appeals in some cases, a small number of workers had to take two cases to cover two six-month periods.

Depending on how many hours they worked, the WRC made awards ranging from €700 to €1,000 to the workers who are entitled to a 15 minute break after the first four-and-a-half hours worked.

“Hopefully Paddy Power and all companies ensure their workers get their basic entitlements in the future,” said Mandate divisional organiser, Robert McNamara.

The trade union has separately written to the company, owned by Flutter Entertainment Plc, seeking a meeting to discuss issues including a pay increase, a sick pay scheme, staffing levels and premium rates of pay for those who work on a Sunday. However, Mandate suggested that management have so far refused to engage with the company and as a result they’ve asked the WRC to facilitate a meeting. If that doesn’t happen, they may ballot their members for industrial action, a spokesman told The Irish Times.

Mandate says it represents more than 300 workers in the company, although the vast majority of those didn’t want to take a case in relation to rest breaks as they were “fearful of retribution”, the spokesman said.

1 Chris Johns: Economies may enjoy ‘roaring twenties’ if ministers learn lessons
2 Wet pub openings fuelled rise in Irish Covid infection rates – report
3 Basic income for all: Has the Covid crisis given us a new economic model?
4 We continue to ignore massive pensions elephant in the room
5 ‘I don’t need to do any of this. . .I don’t actually need to work.’
6 How long can Government afford to keep State pension age at 66?
7 Only way is up for Stripe as valuation skyrockets
8 Profits jump threefold at LinkedIn’s Irish unit to $294.2m
9 Direct sea routes to Europe offer certainty in choppy Brexit waters
10 Irish designer of Oxford vaccine: ‘I’ve never worked so hard in my life’
Real news has value SUBSCRIBE