‘Many businesses and consumers are completely unprepared for a hard Brexit’ 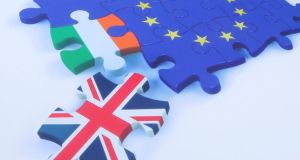 The most likely Brexit scenario is that a stay of execution can allow all parties more time to prepare for the final outcome, DPD Ireland chief executive Des Travers says.

I was based in the UK at the time. There is no doubt but that, prior to the vote, the Brexiteers had put substantial effort into promoting their cause.

A huge portion of the DPD group business is cross-border, but up to now it has been within the EU in the main, which has been extremely straightforward. Now that one of the biggest markets is looking to remove itself from the union, the challenges we face are huge.

How much do you rely on markets north of the Border?

Our network operates across the island of Ireland. Our hub-and-spoke processing system (our central sorting hub is based in Athlone and each of our 35 depots around the country – the spokes – feeds parcels into the hub on a nightly basis) processes parcels from the Republic and from Northern Ireland in exactly the same way. A hard Brexit would mean our operation would have to change significantly to facilitate different processes depending on where the parcel is coming from and going to. We are looking at new hub locations to support this, as well as customs-clearance locations.

More than 4,500 DPD Ireland customers have the potential to be affected by the Brexit changes. We deliver thousands of parcels daily that have come into Ireland from the UK and these too will have to be managed in terms of customs clearance.

We started our preparations in 2017 but really, in earnest, from mid-2018. We are now quite far along the road towards establishing our own customs-clearance team, our own external temporary storage facility here in Athlone.

We are working very closely with both Irish customs and HM Revenue and Customs to develop solutions to ensure that our customers’ parcel traffic can still move with relative ease between the two countries.

We are working with our European colleagues to develop new line-haul routes for our trucks to ensure that we can still provide a timely service to mainland Europe without having to deal with customs clearance via the UK.

We will have a Brexit-ready shipping solution for our customers who are sending parcels to the UK (or the EU, if based in Northern Ireland) within the next few weeks. We will also have a platform ready to support the collection of duty and taxes from consignees in respect of shipments coming into Ireland from the UK. The business is hugely focused on ensuring that we have a robust mechanism in place for dealing with any Brexit outcome.

What is your best/worst-case scenario?

Best-case scenario is that we get back to a pre-Brexit status and that all thoughts of the UK removing itself from the EU are banished. The most likely scenario, however, is that there is a stay of execution which will allow all parties more time to prepare for the final outcome. Worst-case scenario is a hard Brexit on March 29th: while we have much work done, we have more to do. Many businesses and consumers are completely unprepared for what a hard Brexit would mean to them.

How might the Irish or British governments, or the EU, help to ease the pain of Brexit for your company or sector?

Whatever customs processes are put in place must be technology-driven. There can be no holding of vehicles at customs points for manual checks to be conducted – to do this would destroy business, not just here but in the UK too, and mainland Europe.

How do you think the Irish and/or British governments have handled the Brexit negotiations?

The British government handled the negotiations poorly from the outset. We are now at the cusp of big changes on the British political stage and Brexit is being used as a pawn.

This is hugely dependent on the outcome. A hard Brexit will change trade between Ireland and the UK massively. Will the UK remain Ireland’s largest export market in the event of a hard border? Will Irish online consumers continue to purchase in such quantities for UK websites?