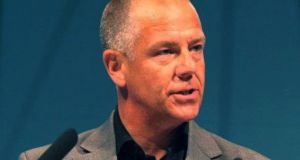 Self-employed workers at Hermes Parcelne, a UK based delivery company, have won the option to get holiday pay and guaranteed earnings, as part of a deal with the GMB trade union that could have implications for Britain’s growing gig economy. The collective bargaining agreement is the first to recognise the rights of self-employed workers, the union said in a statement.

The move came after a group of Hermes couriers won a legal battle in June to be classed as workers rather than self-employed, with the GMB union helping to bring the claim. Deliveroo riders and drivers for Uber Technologies are among those fighting to be recognised as workers so they can have vacation pay and a say over conditions.

The UK High Court ruled in December that Deliveroo riders can’t lobby together on pay because they weren’t classed as “workers.” That’s partly because the company is genuinely willing to let riders pass jobs to other people to do on their behalf. The Independent Workers Union of Great Britain who lobby on their behalf said it would appeal.

Hermes couriers can now choose to become “self-employed plus,” which provides benefits such as holiday pay and individually negotiated pay rates that let them earn at least £8.55 per hour over the year. The opt-in model will not affect those who wish to retain their current self-employed status and earn premium rates, the union said.

Hermes is “showing that the gig economy doesn’t have to be an exploitative economy and we look forward to working with them through this ground breaking agreement,” said Tim Roache, general secretary of the GMB, which has more than 600,000 members. The gig economy describes the trend of companies hiring independent contractors and freelancers instead of full-time employees. This means most of them work full-time hours without a contract and job security.

A government report published by the Department for Business, Energy and Industrial Strategy estimated that nearly 3 million people work in the so-called gig economy, with providing courier services being the most common type of activity. – Bloomberg