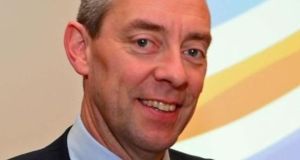 Operating profit at DCC rose in the third quarter with strong performances across its divisions.

The company, which has been most focused in recent years on energy distribution deals, said operating profit for the quarter ending December 31st, 2018, was “significantly ahead” of the same period a year earlier, and was in line with expectations.

DCC is an international sales, marketing and support services group. It operates across four main divisions: LPG, retail and oil, healthcare and technology.

Its LPG division was boosted by the the acquisitions of Retail West, TEGA and Shell Hong Kong & Macau last year, contributing to figures for the first time.

There was also strong organic operating profit growth for DCC Retail & Oil, which shrugged off milder weather in the UK and Denmark, and the impact of protests in France.

DCC’s healthcare unit saw operating profit ahead of last year, while strong operating profit growth at DCC Technology was driven by the first-time contribution from acquisitions and a good organic performance in the UK and Ireland.

DCC spent £254 million (€288 million) on deals in DCC Technology in the six months until September 2018, including the purchases of US distributor Stampede Global, UK-based audio and mobile accessories firm Kondor, and Jam, a Canadian distributor of audio and musical equipment.

The group said it expects that operating profit will be significantly ahead of the prior year, in line with current market consensus expectations.

Analysts at Davy viewed the interim statement as a positive trading update.

“This points to the robustness of the DCC business model, given the backdrop of milder weather conditions in November and December, disruption in the French market (‘yellow-vest’ protests) and the ongoing political and economic uncertainty in the UK,” Allan Smylie and Andrew Young wrote in a research note.

“With a recently strengthened balance sheet and management’s ambition to build global leadership positions across the group, this remains an exciting juncture for the DCC investment thesis.”

DCC is due to release its final results for the year on May 14th.