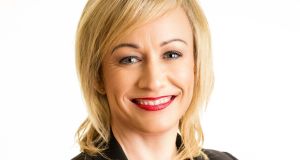 Service provider Sodexo has appointed a new managing director of corporate services, with Julie Ennis stepping into the role.

Ms Ennis joined the company from Bank of Ireland, where she headed up its mobile sales force. Joining the group in 1998, she has held a number of senior roles within the company, and is an MBA graduate of the UCD Michael Smurfit Graduate Business School. Ms Ennis was a group sponsor of Bank of Ireland’s Be At Your Best employee wellbeing programme and a committee member of its LGBT and Gender Balance networks.

In her new role, Ms Ennis will now become responsible for managing Sodexo’s corporate services in Ireland, and Northern Ireland, and overseeing the company’s strategic plans for growth.

The appointment means Margot Slattery will now become the country president for Sodexo on a full-time basis, having previously had a dual role as head of corporate services. She will oversee the company’s operations on the island of Ireland, including corporate, education, healthcare and government services.

“[Ms Ennis’s] appointment is key to our growth strategy for corporate services in Ireland and Northern Ireland and her track record in change management, corporate social responsibility and diversity and inclusion speaks for itself,” Ms Slattery said.

Sodexo currently employs 3,700 people around Ireland, working on 230 sites. The company provides food and facilities management services in markets such as finance, pharma and technology, with well-known names such as Ervia, Gas Networks Ireland, Bord Bia, the Central Bank, Paypal, Dell and Microsoft on its books. Its Irish and Northern Irish businesses had a combined turnover of €141 million in 2018.