GoMo is being investigated by advertising authority 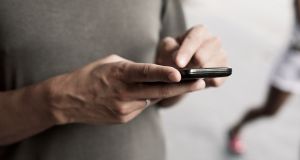 The Advertising Standards Authority for Ireland (ASAI) has confirmed it is investigating mobile network service GoMo over its promise to provide early subscribers with a fixed deal “for life”.

The Eir-owned service, which launched in October, offered the first 100,000 customers a lifelong fixed rate of €9.99 a month for all calls, texts and data with its sim-only plans. The operator said earlier this month that it had reached the targeted milestone but decided to extend the offer by six days until Wednesday due to heavy demand.

However, while many consumers have welcomed the new market entrant, complaints have also been lodged with the ASAI over the offer. This is because GoMo’s terms and conditions make it clear that GoMo/Eir reserves the right to amend prices at any time.

“The ASAI can confirm that it is investigating the advertising claim. In line with due process, we will not be commenting any further at this stage,” a spokeswoman said.

GoMo, which is pitching itself as Ireland’s first “truly digital mobile brand”, is piggybacking on Eir’s infrastructure. While it is promising ultra-low prices for customers and opting not to tie them into long contracts, the downside is that subscribers have to bring their own mobile phone to the network. A once-off sim activation fee is also applicable.

The communications regulator, ComReg, last month said it had received “a large number” of complaints about GoMo, which also markets itself as the State’s “newest and best-value mobile network provider”.

The regulator ordered the service to include a phone number for those wishing to complain directly to the company. Eir later said it would bolster its customer service team to deal with issues raised.

GoMo was contacted for comment regarding the ASAI’s investigation but did not respond by time of publication.