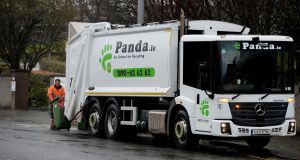 Operating profits at the country’s largest privately-owned waste management business in 2018 increased by 15 per cent to €23.7 million.

Accounts for Beauparc Utilities Ltd show revenues rose by €76.98 million or 27 per cent to €362.89 million in the same period.

The directors state that the objective of the group is to become a significant utility provider, initially trading in Ireland and the UK and gaining a greater presence in European markets.

The group recorded a marginal decline in pre-tax profits to €18.7 million after finance costs of €3.7 million and exceptional costs of €1.3 million related to acquisitions.

The directors state that they are very pleased with the integration of the businesses within the Beauparc Utilities Group and the group is benefiting from significant operational synergies.

The group also spent a combined €19.2 million of which €9.3 million is deferred on a number of smaller businesses in 2018.

The group invested €23.1 million in property, plant and equipment.