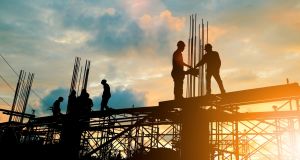 Actavo is a utilities services business active across a number of sectors.

The solicitor firm representing four men taking legal action, Mullany Walsh Maxwells, declined to comment. However, information gleaned from regulatory filings and their public profiles on jobs website LinkedIn indicate that at least three of the litigants ceased working for the company between February and May 2018.

Roger Hastie is the most senior among the group, having worked as chief executive of Actavo’s structural division. According to regulatory filings with the UK’s companies house, he ceased working as a director of the company on May 31st, 2018. His profile was still active on Actavo’s website on Friday and notes that, “under his leadership, the structural division has increased sales and profitability”. On Mr Hastie’s LinkedIn profile, he is now self-employed as an “experienced consultant with a demonstrated history of working in the construction industry”.

Also suing the company is Liam Spring, who reported to Mr Hastie as finance director of the structural division of Actavo. Mr Spring, now listed on LinkedIn as a director of scaffolding rental company Westport Equipment, resigned as a director of Actavo UK on February 28th, 2018.

Ciaran Martin, who worked with Actavo between September 2008 and May 2018, most recently as a senior operations director, is also involved in the action. Another individual listed on a High Court filing is Shane McAuley.

While the nature of the case is unclear, it follows the launch of legal action by Russell Best, formerly chief executive of Actavo’s industrial solutions division, toward the end of last year. At the time, the Sunday Times reported he was suing the company for specific performance, a legal remedy requiring a party to complete performance of a contract.

In its accounts for 2018, the directors of Actavo Group Limited describe the year as one of “transition” that included a “fundamental reorganisation of a number of discontinued contracts across the group primarily in industrials services, networks, UK and building solutions”.

The company posted a revenue decline of 9 per cent to €303.8 million while its loss before tax rose from €23.6 million in 2017 to €36.3 million. It also said earnings before interest, tax, depreciation and amortisation improved from €5.4 million to €14.1 million.

It said that at the date of signing the financial statements, the number of people employed by the group was 3,177, down from 4,641 a year previously.

1 Varadkar resigns amid warning impasse will hit the economy
2 Google completes purchase of Treasury Building for €120m
3 How can I view my dead brother’s will if I’m not the executor?
4 Billionaire Zara founder and German funds vie for prime Dublin offices
5 Garda mobile contract win causes concern over Eir’s use of Huawei kit
6 A maverick taking on the Irish whiskey establishment
7 High time: Netherlands moves to clean up absurd cannabis policy
8 Appeals board grants planning for 354 Greystones homes
9 Communicorp says ban on Currency journalists strictly business
10 Beau Lotto: How to rewire our brains to spark innovation
Real news has value SUBSCRIBE