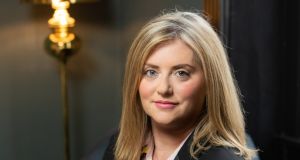 Dentons, the world’s largest law firm by number of lawyers, plans to open an Irish office led by former senior William Fry partner Eavan Saunders. It aims to build out a corporate practice with 50 lawyers within the next two years.

The firm, which has more than 10,000 lawyers in 181 locations across 73 countries, plans to be fully up and running in the second quarter of this year and “intends to grow the office quickly”, it said on Wednesday.

The Irish office will be chaired by Peter O’Brien, who will join the firm “shortly” from Dublin law firm Matheson, where he is a senior finance and capital markets partner.

It will initially focus on transactional work in the financial services, real estate, energy, infrastructure and technology sectors.

“Dentons’ strategy is to be in all of the places our clients do business,” said Elliott Portnoy, global chief executive of Dentons. “Ireland is a priority market for many of our clients. However, many of the strongest firms in Ireland rely on referrals from firms outside of London. That is why we are opening our own office rather than combining with another firm at this time.”

Dentons was founded 2013 through the merger of SNR Denton, which was co-headquartered in London and Washington and Canada’s Fraser Milner Casgrain and Salans, which was founded in Paris. Following its subsequent merger with Beijing-based Dacheng in late 2015, it became the largest law firm in the world.

A number of overseas law firms have decided to set up operations in the Republic to maintain business in an English-speaking EU jurisdiction since UK voters decided in June 2016 to quit the union. These include Pinsent Masons, DLA Piper and Simmons & Simmons, all based in London, as well as US firms Tully Rinckey and Covington & Burling.

UK firms have also registered hundreds of lawyers in Ireland since the Brexit referendum to retain rights of an audience before EU courts after the UK leaves the EU.

Ms Saunders, who spent a decade and a half with London-based corporate law firm Ashurst before joining William Fry in 2014, said that Dentons’ decision to set up in Dublin was not down to Brexit, but part of its ongoing expansion. She said the plan is to build up a practice with 50 lawyers within two years.

Ms Saunders said she doesn’t see discussions between the UK and EU on a free-trade deal being the drawn-out process that many are predicting. “There’s an incentive to do a deal,” she said, adding that while the fallout from Brexit will have a negative impact on many parts of the Irish economy, it will bring “huge amounts of opportunities” for professional services.

An international drive to reform corporate tax is one of the biggest risk factors for Ireland, she noted. However, she said the large presence of multinational groups in the State is “very embedded” after decades of foreign direct investment. “They’re not here just for tax reasons, even if it has greased the wheel,” she said.