Celtic Linen posts pretax loss of €2.8m in 2018 due to expansion costs 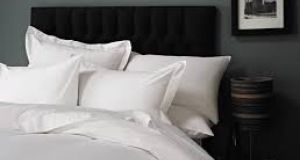 Expansion costs at Celtic Linen contributed to pretax losses at the company increasing by 38 per cent to €2.8 million in 2018.

The Co Wexford business recorded the increased losses as revenues rose by 50 per cent to €18.48 million in 2018 from €12.3 million in the prior 10-month period.

The directors state that the transaction capped a period of significant  investment for the group across 2018 after completing a major upgrade of their Wexford facility by investing in new, high-quality textiles to improve efficiency of the business and the quality of service.

The directors state they are satisfied with the performance of the business to date.

A note attached to the accounts for Harkglade Ltd states that, since acquisition, the Millbrook Linen business contributed profits of €124,455 in 2018.

In December 2016, the company exited examinership after receiving fresh investment of €1.39 million and striking a deal with creditors to reduce debts.

The directors state they are confident their turnaround plan for the group is still on track. “The concentration continues to be on growing the business in a very competitive environment while maximising efficiencies in operations and logistics.”

The 2018 loss takes account of combined non-cash depreciation and amortisation costs of €2.61 million and finance costs of €927,189.

Causeway Capital, through its entity, Harkglade Ltd, agreed to invest €1.39 million into the business as part of it exiting examinership.

Causeway Capital was established in 2016 by David Raethorne and Matt Scaife, who were previously involved in a number of businesses, including Helix Health and Smiles Dental.

The business based at Drinagh in Co Wexford has been in operation since 1926 supplying bed linen, towelling and table linen to the hospitality sector, and scrub suits, patient wear and ward linen to the healthcare sectors.