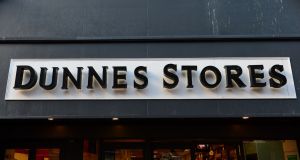 Covid-19 precautions are driving up costs at Dunnes Stores, directors say in a report showing the group’s business in Northern Ireland lost €1.1 million in 2019.

The directors’ report accompanying the accounts states that Covid-19 is having a material impact on the group’s business, “and we are incurring significant additional costs implementing social distancing measures in our retail stores”.

Essential parts of these businesses, including its supermarkets, stayed open during lockdowns imposed by the State in a bid to contain the virus.

Directors Francis Dunne, Margaret Heffernan, Anne Heffernan and Sharon McMahon say it is not possible to quantify Covid’s impact on the group, but add that they to not expect it to hit the group’s ability to continue as a going concern.

“The group’s balance sheet is robust with strong cash flow and no external financing,” they say, indicating that Dunnes Stores group does not have significant bank borrowing.

“The directors are monitoring events closely, evaluating the impacts and designing appropriate response strategies in the prevailing circumstances,” they add.

Dunnes Stores (Bangor) Ltd is a subsidiary of the unlimited Dunnes Holding Company, which is not obliged to file accounts. Along with stores in the north, it was also responsible the group’s outlets in Britain, which closed in 2018.