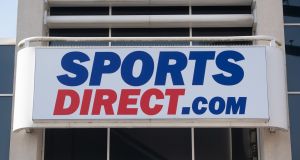 Mike Ashley’s Frasers Group withdrew its 2021 forecast on Monday after it was forced to shut all its stores in London and several parts of England as a fast-spreading new strain of the coronavirus called for tougher restrictions.

The sportswear retailer, formerly named after its flagship Sports Direct brand, said it could no longer commit to its outlook of 20 per cent to 30 per cent growth in underlying core profit during fiscal year 2021.

British prime minister Boris Johnson said on Saturday a new fast-spreading strain of the coronavirus had driven a surge in infections, prompting his government to tighten its Covid-19 restrictions for London and nearby areas, and also reverse plans to ease restrictions over the Christmas period.

The company cited the impact of lockdowns during a peak trading period and the high likelihood of further rolling lockdowns nationwide over the following months as the reasons behind the move.

Frasers had earlier this month raised the lower end of its annual forecast following strong online sales and the reopening of stores at the start of December. – Reuters