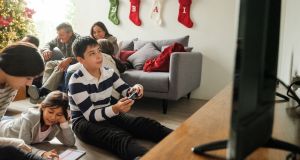 Will gamers get what they want?

Cantillon is aware of many parents charged with assisting Santa having spent way too many minutes refreshing the websites of gaming retailers this month, fruitlessly searching for either an Xbox Series X or a PlayStation 5.

The two brand new consoles are at the top of “must have” lists (must we have, really?) this Christmas , but neither can be found, at least not through the usual routes or at reasonable prices.

The reasons for this are not entirely clear, but seem to come down to the traditional factors: supply and demand. Microsoft (for the Xbox) and Sony (for the PlayStation) appear to have produced the consoles in insufficient numbers, and too many people want to buy any that have been made.

It is normal for a new console launch to generate a buzz, with loyal gamers wanting nothing more than to try out new hardware and share their views with their community. This is a bit more than a buzz, however, with Covid likely to have intervened on both sides of the supply-demand equation.

Getting anything to market has been harder for most manufacturers this year, and the big tech companies are sure to have been affected by Covid restrictions both within their facilities and on the logistics front. Demand has however reportedly exploded beyond expectations, with much of the world’s population stuck indoors for months on end, happily amusing themselves in their virtual universes.

New consoles are like treasure in such a scenario, a fact not lost on scalpers who have systems in place to buy up any available product as soon as it appears on vendors’ websites, well before the average consumer even realises it’s there. Inevitably, the consoles then reappear at inflated prices on other sites. It’s not exactly in the Christmas spirit.

For the average non-gaming Santa helper, this means temperatures have been rising in recent weeks, as hopeful requests for consoles get posted off to the North Pole and the likelihood of a big box of gaming arriving on Christmas Morning diminish by the day.

At the start of this week, Smyths Toys, was telling would-be buyers stock was expected before the end of the month, but this has since quietly been changed to January. Try explaining that to the children.