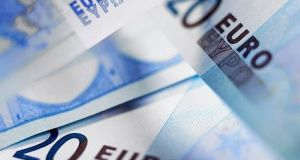 Reform of pensions has been excruciatingly slow for decades – perhaps because those in power and in the public service are best catered for in this area. Photograph: Getty Images

In just one week Ireland’s political classes have shredded the limited reform of what promises to become an unaffordable State pension system. In doing so they have wound the clock back a generation.

And, as with water charges, by cowing before the clamour of the mob – in this case the all-important grey vote – they have made necessary future reform even more difficult.

When it comes to elections incumbent parties are determined to show they are to be trusted with the levers of power: oppositions sell a message of the need for change to a more or less radical degree.

Fine Gael’s panicked u-turns – and the evident confusion within senior party ranks over what is policy from hour to hour – does little to persuade voters that it either knows what it is doing or can be trusted to do so.

Fianna Fáil has also found its social protection spokesman Willie O’Dea outflanked in retreat by his own leader.

Labour’s high moral ground – refusing to do business with anyone unless they put the brakes on increasing the State pension age to 67 – is undermined by the fact that party leader Brendan Howlin was the public spending and reform minister in the government that legislated for it in the first place.

And as for Sinn Féin. A party that sees itself as radical and caring for the voiceless is happily putting the State pensions of future generations on the bonfire in pursuit of cheap current electoral gain.

Reform of pensions has been excruciatingly slow for decades – perhaps because those in power and in the public service are best catered for in this area.

Auto-enrolment, which would ensure people do have some income when they leave work, has fallen victim to political foot-dragging.

And proper engagement with private sector employers on more flexible retirement options has been noticeable by its absence.

In place of action we see only impediment and now a rush for safety.

Leadership? I don’t think so.