Cantillon: The group set about making it easy for smaller bricks and mortar businesses 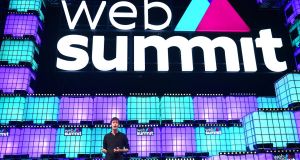 Mark Cummins, co-founder Pointy. Google has only moved to acquire four Irish businesses to date out of more than 230 worldwide. Photograph: David Fitzgerald/Web Summit via Sportsfile

Google’s purchase of retail technology start-up Pointy is noteworthy. For all its acquisitive tendencies, Google has only moved to acquire four Irish businesses to date out of more than 230 worldwide – and two of them have shared the same founder, Mark Cummins.

They’re clearly choosy but Cummins is a known entity to the Silicon Valley search giant. Google had worked with Pointy and had come across his previous venture, Plink, when it won a cash prize in a competition run by Google

Equally, he knows the business, having spent three years as a Google staffer after it acquired Plink in 2010.

Cummins and his business partner, Charles Bibby, also had the benefit of a blue-chip list of investors from both sides of the Atlantic, a well-informed group that is part of an intensely active network. Good ideas travel fast.

But its real genius was to be counterintuitive. At a time when everyone was focusing on online sales, Cummins and Bibby set about making it easy for smaller bricks and mortar businesses to let people browsing online know what was available locally in stores.

And crucially, the technology they developed to do so was easily installed by retailers themselves and affordable for even the most modest businesses.

Having sized up the potential of the business during a See What’s In Store project the two companies ran last year, Google was well-placed to assess the potential for the business up close. That led to the takeover offer, reported to be in the region of $160 million (€144 million).

Anything close to that figure represents a remarkable return for the institutional and private investors who took a punt on the start-up – and for its founders, who had cannily retained just over 51 per cent of the business.

The good news for Ireland is that it continues to attract start-up candidates of the calibre of Pointy. The next challenge is to encourage companies here to adopt a Silicon Valley mindset – to scale up rather than selling out at what is still a relatively early stage – and to put in place a regime that supports such entrepreneurship.