Markets show ‘once in 48 years’ show of strength

Time for a pullback? In the bullish 1990s stocks enjoyed five further years of gains 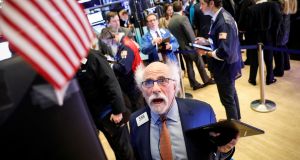 Markets have been oddly strong for some time now, hitting all-time high after all-time high. How notable is this strength? Well, Quantifiable Edges blogger Rob Hanna recently noted the S&P 500 had closed below its short-term 10-day moving average only five times over the previous 67 days. Such persistence is “extremely rare” and hasn’t happened in any other period over the last 48 years.

DataTrek Research notes the S&P 500’s 11 per cent return over the last three months is “well outside” normal bounds. Not only that, double-digit rallies tend to occur when markets are “snapping back” after a prior downdraft, but the current rally began when stocks were already near all-time highs.

Ritholtz Wealth Management’s Michael Batnick provides further statistics, noting the S&P 500 has closed within 2 per cent of all-time highs for 68 straight days, gone 70 days without a 1 per cent decline – the sixth-longest streak over the last 20 years; and is 11 per cent above its 200-day moving average – the widest spread since stocks topped out in January 2018. So, time for a pullback? Not necessarily – the index was 14 per cent above its 200-day average in 1995, notes technical strategist Jonathan Krinsky. Stocks enjoyed five further years of gains and were similarly stretched multiple times in the 1990s.

1 Italy threatens Ryanair with flight ban for alleged Covid-19 violations
2 Sacrificing pubs for schools: Ireland’s latest Covid trade-off
3 Elderly parents living in property you own will save you on capital gains tax
4 Contractors working at Facebook’s data centre sent for medical tests
5 Is it possible to get fit while sitting on your sofa?
6 More than 40% of help-to-buy recipients already had deposit
7 Get ahead at work in a pandemic: six tips from Wall Street interns
8 Unemployment rate drops to 16.7% in July
9 Food traceability company Identigen acquired by MSD
10 Why Irish households are not, after all, among the best off in the EU
Real news has value SUBSCRIBE
Save money on international transfers