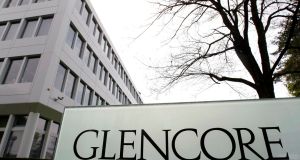 The Church of England has warned that fossil fuel companies are in its sights, following its successful push to get coal miner Glencore to cap its coal production and align its business with the Paris climate accord.

Glencore, the world’s top coal exporter, last week said it would cap its production of thermal and coking coal at about 150 million tonnes a year, with further expansion of its coal business largely ruled out.

The move came after the Anglican church led investor engagement with Glencore on behalf of Climate Action 100+, an initiative backed by investors with more than $32 trillion (€28 trillion) in assets under management.

The church says it is prepared to file shareholder resolutions to push other companies to do more to combat climate change.

“We will not be able to invest successfully in a world in which there is runaway damaging climate change,” said Edward Mason, head of responsible investment at the church. “We need to use more assertive techniques as shareholders to ensure better alignment of interests on this.”

The Climate 100+ group, set up just over two years ago, is targeting 161 companies, including fellow miners BHP Billiton, Anglo American, South32 as well as oil companies such as ExxonMobil. A total of 310 investors have signed on to the initiative.

Glencore said last week that as well as capping coal production, it would invest in commodities required for a transition towards clean energy and electric vehicles. The Switzerland-based miner and trader also agreed to set long-term emissions targets and review its membership of trade associations to make sure they did not undermine global Paris climate change accord.

Mr Mason said Glencore’s changes were likely to be a model for other companies. “You can expect to see some of the elements of good practice that are in this statement with Glencore to be advocated with other companies,” he said

“Companies know that investors within this initiative are serious, and if companies aren’t demonstrating the kind of movement that investors are looking for, then they are prepared to file shareholder proposals,” he added.

Glencore was presented with the prospect of a shareholder resolution if it did not change its stance, according to a person familiar with the matter.

In December 2017, BHP Billiton said it would quit the World Coal Association due to differences over climate and energy policies.

“One of the main impediments to climate change is the right policy being in place,” said Mr Mason. “Investors have woken up to this, and frankly want to put a stop to it.” – Copyright The Financial Times Limited 2019