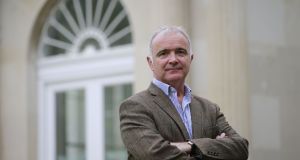 With five startups under his belt, serial entrepreneur Brian Whelan is no stranger to the challenges of getting customer buy-in, no matter how good a new product is. When he first floated the idea for Travacoin, the response from potential customers was overwhelmingly negative.

But things change. Within a few years, they were queuing up to talk to him because Travacoin offered a solution to a problem that had suddenly moved centre stage for airlines – compensation for late or cancelled flights. Travacoin is a blockchain-based payments system that enables airlines to easily compensate passengers for flight disruptions.

“All airlines have obligations and in Europe, the EU applies fines of up to €600 per person for long delays,” Mr Whelan says. “Using Travacoin’s digital tokens will reduce the cost to airlines by 25 per cent and cut the hassle of processing payments.”

Mr Whelan worked as a communications consultant to the Commission for Aviation Regulation for more than 10 years and became familiar with the vagaries of the aviation industry. This led him to set up (and subsequently sell) Airtaxback, a web-based platform that helped passengers recover taxes and charges on unused flights. However, the adversarial nature of delay compensation stuck with him. “It seemed to me that airlines could save themselves a lot of difficulties by meeting passengers half way and proactively issuing tokens of some sort,” he says.

In 2010 Mr Whelan approached the airlines with this idea but got the brush off. However, between 2010 and 2016 two things happened that changed the landscape: passengers became savvy about their compensation rights and blockchain emerged.

“Airlines started having to pay out hundreds of millions in compensation and I had my ‘eureka moment’ while listening to someone talking about blockchain on the radio. I could suddenly see how it could provide a secure, scalable and democratic solution that made the concept of proactive payments feasible and much more attractive,” Mr Whelan says.

When Mr Whelan re-pitched his idea in 2016 he got a very different response. “The reaction was universally positive and Travacoin went from being a nice idea to a serious business,” he says. “Airlines based in the EU alone have a collective liability of nearly €2 billion for refunds and fines arising out of delays. Globally the figure is estimated at €10 billion. Airlines can save money using our system, but even more importantly they can regain the loyalty and confidence of passengers which has been eroded by their own bad practices.

“That said, persuading airlines of the wisdom of proactively giving passengers money back is a radical departure. Tokenising payments is not entirely new, but doing so on the scale we envisage will disrupt the sector. In reality, we are developing a new currency for the entire travel sector. When we’ve proved our solution can solve the refunds and compensation issue, it will be a natural evolution to look at loyalty and other payments,” Mr Whelan says.

Investment in Travacoin has been in the order of €100,000 and the project has received support from Enterprise Ireland and $5,000 (€4,350) from an International Air Transport Association (IATA) innovation award. The company, which makes its money on transaction fees, is currently raising €1 million in seed funding. Mr Whelan anticipates a full commercial launch by the end of this year.

Travacoin has based itself at NOVA UCD for strategic reasons. “We wanted to be close to academic excellence in the areas of data analytics, statistics and mathematics as we see the ability to process data as an important part of our business as we grow,” Mr Whelan says.

Also based at NOVA is Initiative Ireland which aims to give cautious investors lower-risk access to the Irish property market. With poor interest rates, investors face the perennial problem of what to do with their money. Risk takers will always have options, cautious investors less so, and this is Initiative Ireland’s sweet spot. It is offering returns in the order of six to eight per cent to those investing in its novel peer-to-peer lending platform for developers building social and affordable housing.

“From a lender’s perspective, we are completely changing the value proposition enabling clients to do good and earn great returns without taking excessive risks. Some would call that disrupting the industry, I see it more as redefining it,” says company co-founder, Padraig W Rushe.

“Two of our key differentiations are risk profile and sustainable social impact and we are the first to offer this type of lending here. Our customer profile and how we manage our loans is very different. Unlike most peer-to-peer finance, which basically makes introductions, we are hands on throughout the whole period of the loan. Our borrowers would typically finish a project within 12 to 18 months. Loans are co-funded by corporate lenders and private investors, are made only to experienced developers and are secured against the properties.”

Initiative Ireland is a family affair combining the financial acumen of father and son, Padraig M Rushe and Padraig W Rushe. Rushe senior had a 40-year career with Bank of Ireland while Rushe junior has worked for Bank of Ireland, GE Money and Ulster Bank. The company’s chief operating officer, Rory McEntee, has a legal and property background. The company employs eight people and earns its revenue on fees linked to loan performance.

“When it comes to savings and investing most people are forced to choose between doing nothing with their money or taking excessive risks,” says Mr Rushe junior. “As a result, Irish Banks have over €100 billion in household deposits earning the lowest rate of return within the Eurozone even though Irish consumers pay some of the highest rates in Europe to borrow.”

Mr Rushe junior describes his business as “social impact finance” which lends exclusively to the Irish market. Clients can see the approved loans and commit from €1,000 per loan. “In terms of other peer-to-peer lenders, we only fund secured loans and take a first legal charge over the property from day one. For every €100 we release from the borrower, we expect €130 of underlying security as collateral,” Mr Rushe junior says.

With the recent establishment of Home Building Finance Ireland, Mr Rushe junior acknowledges that Initiative Ireland now has company. “The truth is there is more than enough space for conservative, fair lenders,” he says. “We don’t aim to be the largest property lender in the country, just the lender of first choice for our borrower so we can be selective on behalf of our lenders.”

The company’s platform went live just over a year ago and to date it has funded more than €7 million in projects which will result in the construction of 100 new family homes. Its target for 2019 is to lend around €50 million. Between founder and private equity investment has been €500,000 and the company is currently closing a funding round.

Initiative Ireland is a good example of a startup that pivoted to make the most of market opportunities. Initially, the founders were contemplating a consumer finance product with construction finance as a second strand. However, regulatory challenges coupled with an emerging urgent need for housing finance saw the company reprioritise which came first.