Tech giants watch our every move online. Does that violate our human rights?

Facebook claims its data collection is inherent to the way the internet works. The internet didn’t have to be this way 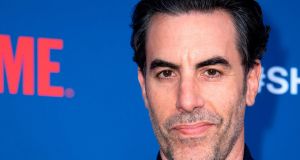 It’s a quintessential experience of the digital age: you’re scrolling through Facebook, or reading an article online, and suddenly get served with an advertisement so narrowly targeted to a passing interest, secret desire or undisclosed medical condition that you find yourself looking over your shoulder, shuddering and asking yourself, “How did they know?”

While most of us have learned to shrug off our unease at these creepy encounters, a new report by Amnesty International makes the bold case that we need to stop accepting the status quo and start seeing it for what it really is: a violation of our human rights “on an unprecedented scale” perpetrated by two American companies, Facebook and Google.

“Access to the internet is critical for the realisation of human rights in the modern world, and that includes the tools and services which Facebook and Google provide,” explains the report’s author, Joe Westby, in a phone interview. “People all around the world are reliant on these platforms in order to express themselves freely, to access information online and to engage in society.”

“But that is in a way exactly the problem,” he added. “In order to realise your rights through internet access, the companies’ dominance over the global public square means that you’re forced to submit to a system that is predicated on rights abuse. It’s a false choice and Faustian bargain.”

The primary human right threatened by the two companies is the right to privacy, of course, but Westby also argues that the eradication of privacy has “knock-on effects” that threaten other rights, including freedom of expression, freedom of thought, and freedom from discrimination.

Accusing Facebook and Google of “enabling human rights harm at a population scale” represents something of an inflection point for Amnesty International. The group has long allied itself with Silicon Valley companies in order to push back against governmental surveillance; now it is arguing the corporate surveillance at the heart of Facebook’s and Google’s business models represent an equal or greater threat.

Facebook and Google are also exacerbating the threat of government surveillance, the report argues, by amassing so much personal information in the first place. The companies’ data troves are attractive “honeypots” for governments.

This month, we learned of a plot by Saudi Arabia to recruit Twitter employees to access private data on thousands of Twitter users, including prominent critics of the government.

Now imagine how many despots, autocrats and enterprising intelligence agencies have had the same idea, but targeted at Facebook’s and Google’s astronomically more extensive and intensive records about their billions of users.

In its 10-page response to the report, Facebook trotted out a line that it has used in the past to defend its snooping on our browsing habits: “This is part of the basic function of the internet.”

It’s a useful and powerful excuse for a company, especially when so few of us understand what web cookies and pixels and trackers are and how they work. But it’s crucial to remember that this is not true. The web we have now – the highly personalised web that tracks our every mouse movement – is just one version of the web that could have been.

“That isn’t inherent to the internet,” Westby said of the pervasive surveillance built by Facebook and Google. “Those are specific choices that the companies have made and business decisions they have chosen because it has been profitable. We need to challenge the idea that it’s necessary. It’s not fundamental to the technology; it’s fundamental to the business model.”

While Google, Facebook and Twitter have been battling it out over political ads and microtargeting in recent months, Apple has stayed safely out of the 2020 partisan fray – until this week. On Wednesday, Donald Trump dragooned Apple’s chief executive, Tim Cook, into a real-life version of the ethical quandary facing other tech giants – should they allow Trump to use their platforms to promote his lies? – when the pair toured a factory together and Trump falsely claimed responsibility for “opening” the plant. (The factory has been making Apple products in Texas since 2013.) Apple may love to claim the moral high ground on other tech giants over privacy, but when it comes to standing up to Trump’s lies, Cook and the company have yet to stick their necks out.

The New York Daily News offers a follow-up to its great reporting from October that found that Google was employing contractors to solicit facial scans from students and homeless people. Google will no longer send contractors out into the public to try to collect facial scans, according to the report. – Guardian Media Services