DebaPay: Taking the pain out of getting paid for SMEs 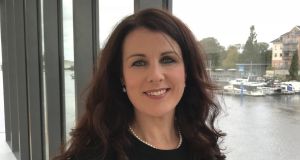 DebaPay founder Ann Marie Harrington: ‘We have transformed SEPA into a highly efficient mobile-enabled application that can approve payment for a single item or for a series of recurring payments of set or variable amounts’

Getting paid on time is a perennial problem for all businesses. However, it’s even tougher for small companies, which experience disrupted cash flow because they don’t have the resources to go chasing money. It was this particular pain point that encouraged Athlone-based startup DebaPay to aim its easy-to-use cloud-based payments solution at micro, small and medium-sized businesses operating in B2C and B2B environments.

In a nutshell, DebaPay is SEPA direct debit made simple. It combines a straightforward billing system with the EU’s newly introduced PSD2 payment initiation service to improve the efficiency of the payments process and make it as seamless as possible for businesses to get paid what they’re owed.

The first part of PSD (Payment Services Directive) came into effect in 2015 and established common rules in relation to certain types of electronic payments, such as credit transfers, direct debits, card payments and mobile and online payments. PSD2, which builds on this, became law here in January last year and has opened up the market to new categories of payment services providers, allowing them to offer a range of new payment options to businesses and consumers.

Two things sparked the idea for DebaPay. The first was company founder Ann Marie Harrington’s frustration with constantly being asked for cash to pay for things for her children at school. The second was seeing a family friend with a small business stressed out from chasing payments.

“He didn’t want to sign up for cards because the fees were too high, so this meant he had to wait for cheques and inbound credit transfers. When he chased payments he regularly got asked to make paying him easier,” Harrington says.

With both problems in mind Harrington and her husband Keith, who has a background in payments technology, sat down at their kitchen table and began teasing out what a good solution might look like informed by the PSD2 directive. Over time their idea took shape and an early version was tested for technical feasibility with two Irish banks. Harrington subsequently gave up her job as a pharmacist to work full-time on developing the business, and DebaPay was officially launched in 2015.

The nuts and bolts of DebaPay’s system were developed in partnership with a company in the Czech Republic which has a minority share in the business. It continues to be there in the background, but day-to-day technical support for customers is provided from Ireland.

“In fact, the system is so simple that the level of support needed to get up and running is very small, and most people can manage it straight away, but we’re there to give people the confidence to use it if needed,” Harrington says. “The relationship with our Czech partner has worked out very well. We were introduced to them through a friend and were struck by how alike our two countries are in terms of attitude and culture. They are a very experienced software development house and have worked with organisations such as the Czech Public Transport Authority and AVG Technologies.”

DebaPay employs five people and its SaaS system has been designed for application across a wide variety of sectors including all sorts of businesses, schools, clubs, nursing homes, societies and charities. The system will also work for large entities, but Harrington says the plan is to build a strong SME base to begin with – not least because it’s easier and quicker to get at the key decision-makers in smaller organisations. Bringing large corporates on board will be a slower burn.

“The initial phase centered on securing early adopters to prove out the technology and the business model. We have over 100 customers and our focus now is on growth,” Harrington says.

“All of our customer groups face a similar challenge in relation to getting paid,” she adds. “Cash, cheques and card payments are not suitable for many environments because of the associated fees and payment settlement times. Many people are unaware that with SEPA you can debit the payer and credit the merchant on the same date. It is a highly efficient means of account-to-account based funds transfer.”

DebaPay was created in response to a market need, supporting ordinary people to make and receive payments

There are three steps to the DebaPay system. Step one involves a business sending out a request for payment on its own branded email. Step two is the customer approving the payment with an onscreen tap. Step three is the funds being credited directly to the company’s bank account. Each transfer has a reference number for easy reconciliation, and the system can handle both one-off and regular payments. Users are required to register initially, and transactions are password-protected and encrypted to banking standards.

In the past, SEPA was typically associated with larger organisations and bigger payments, while there is also a certain amount of administration associated with setting it up, and bank approval may be needed.

“DebaPay was created in response to a market need, supporting ordinary people to make and receive payments,” Harrington says. “We have transformed SEPA into a highly efficient mobile-enabled application that can approve payment for a single item or for a series of recurring payments of set or variable amounts.”

Harrington says that simplicity is the key to DebaPay’s approach.

“Merchants can use it across all platforms with minimal or often no training, as it’s highly intuitive with no banking terminology whatsoever. With a few clicks a merchant can request payment from their customer. All that’s needed is an email address. Its second strength is transparency, as the customer can see how much is being requested and for what, and can then approve it. The system will help small companies to lower their costs, drive productivity and free up time,” Harrington says.

DebaPay is operating different payment models depending on the sector, but businesses will pay a monthly fee for use of the system based on the number of transactions. The model for schools will be a small flat fee per transaction. DebaPay fees are billed in arrears so what the payer approves is what the merchant receives.

DebaPay currently operates mainly in the Irish market, but its customers are using its system to collect both domestic and foreign payments. Given the international reach of PSD2 and SEPA, however, the company’s long-term plan is to move into other markets, and it already has customers in Northern Ireland and the UK.

Investment to date in the business to date has been about €700,000, roughly split between cash from personal resources and angel investors and sweat equity. In 2020, the company will undertake an investment round to build out its sales and marketing capabilities and ramp up its growth.