Space the place for Irish tech firm InnaLabs as it wins €2.6m contract 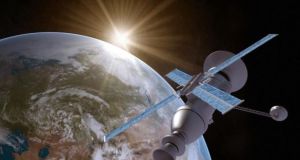 While Ireland might not initially appear as a hub for space technology, more than 60 companies have contracts with ESA

Irish technology company InnaLabs has secured a €2.6 million contract with the European Space Agency (ESA) less than a year after it received a near €1 million deal with the same organisation.

The Enterprise Ireland-backed company, which was established in 2011, develops and manufactures highly-complex navigation aids known as inertial sensors for a broad range of applications that also include air transportation, rail, autonomous vehicles, marine, and civil engineering.

The Blanchardstown-headquartered company has won the ESA contract to design, develop, manufacture and test a highly reliable radiation-hardened spinning device for measuring orientation and angular velocity.

The three-axis gryoscope will initially be used for science mission applications, but it is envisaged it could eventually end up in a number of commercial space activities, including navigation satellites.

InnaLabs, which holds about 30 US and international patents, last April secured a €980,000 contract with the ESA to develop a space qualified rate measurement unit used for satellite altitude and orbit control subsystems in a range of future missions.

The news of InnaLab’s contract win – the biggest any Irish company has won with the European Space Agency – comes as the Department of Business, Enterprise and Innovation announced plans for a new strategy to maximise the benefit of the country’s investment in ESA and the European Union’s flagship programmes.

While Ireland might not initially be perceived as a hub for space technology, more than 60 companies already have contracts with ESA. In addition, as many as five new companies are expected to enter the sector by 2020.

“The InnaLabs contract is further evidence of the growing capabilities of Irish firms to develop high performance and high reliability technologies for the global space market, with he support of the ESA,” said Gearóid Mooney, divisional manager at Enterprise Ireland’s research and innovation business unit.