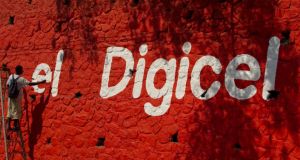 Digicel, the emerging-markets-focused telecommunications company owned by the businessman Denis O’Brien, has sold 215 wireless-communications towers in the French West Indies to the Florida-based Phoenix Tower International.

The move comes less than a year after Digicel sold the company 202 towers in El Salvador in a deal estimated at the time to be worth anywhere between $17 million (€13.8 million) and $60 million (€48.5 million). Neither company has disclosed the terms of either deal.

Phoenix Tower International’s chief executive, Dagan Kasavana, said that his group “looks forward to continuing to work with Digicel and other operators on their network build-outs across the Caribbean”. Phoenix owns and operates more than 2,100 towers and other wireless infrastructure and related sites across a number of countries, including Costa Rica, Panama and Colombia.

Last February Digicel revealed that it was shedding more than 1,500 jobs, or a quarter of its workforce, over 18 months to boost earnings and reduce the burden of its $6 billion-plus debt pile. The company also entered a multiyear deal with the Chinese telecoms equipment and systems group ZTE to upgrade its network.