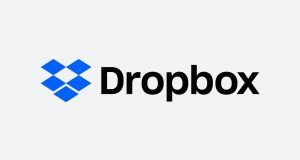 Dropbox said its foundation will have an initial endowment of about $20 million, but that this is expected to grow over time.

The founders of US technology company Dropbox have established a new $20 million (€16 million) philanthropic foundation with Irish charity Goal among its four initial charity partners.

Drew Houston and Arash Ferdowsi, who established the San Francisco-headquartered online file-hosting firm in 2007, said the Dropbox Foundation will offer unrestricted funding to partners, enabling non-profits to use the funding where they think it will make the biggest impact. It has also promised skills-based support from Dropbox employees through a new volunteer programme.

Dropbox, which is valued at about $10 billion, reported revenue of $1 billion last year.

Goal is one of four global partners to be selected as foundation partners along with San Francisco-based Larkin Street Youth Services, London-headquartered War Child and Witness in Brooklyn. The charities were chosen from applications from a large number of non-profits worldwide.

“These partners were selected because of their commitment, optimism and creative problem-solving. Between them they have more than 100 years of combined experience defending human rights. We hope to help these partners expand their impact and learn from them along the way,” said Mr Houston and Mr Ferdowsi in a blog post.

The foundation’s main priority will be to focus on promoting and protecting human rights across the globe. Dropbox said it will have an initial endowment of about $20 million, but that this is expected to grow over time.

“Goal has a proven track record of responding to humanitarian crises from all over the world, helping millions of people in the process. We were impressed that Goal not only has its focus on emergency response, but also longer-term community rebuilding,” said Polly Fields, head of social impact at Dropbox.

“The Dropbox Foundation partnership model is based on listening to and building trust with our partners. We want mutual respect to guide everything that we do. The unrestricted funding, for example, will allow the foundation’s partners to make independent choices on how best to invest their grant to drive the greatest impact and to focus on growth,” she added.

Dropbox, which established its first office outside the US in Dublin in 2013, employs more than 200 people locally with the founders having previously said that U2 singer Bono, an early investor in the firm, encouraged the firm to base its international headquarters in Ireland.

There are now more than 500 million registered Dropbox users across 180 countries. It also has 300,000 business customers with News Corp, Under Armour and National Geographic among the named clients.

Goal, which was established in 1977, has responded to humanitarian crises in almost 60 countries.

The latest announcement marks a positive turn of events for the charity, which was thrown into crisis in mid-2016 when it was drawn into an investigation by the US office of the inspector general into alleged collusion and bid-rigging in southern Turkey. There were also separate concerns about conflicts of interest at Goal’s headquarters in Dublin.

That crisis led to the introduction of a programme of reform which satisfied donors and led to grants being restored.

General manager Celine Fitzgerald said the partnership with Dropbox “reflects a growing desire among charity and private sector actors to look at more innovative ways to partner to benefit society.”

It goes beyond the traditional corporate social responsibility model,” she said.

“Already, we are looking at ways we can work together to strengthen Goal’s internal systems, improve talent recruitment and management, while there will also be collaboration and support in the areas of communications and fundraising,” Ms Fitzgerald added.