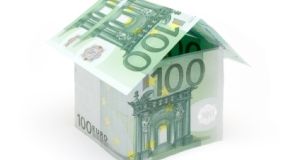 It’s hardly what the Government would have sought. Just as preparations are ramping up on the shape of the first budget of Leo Varadkar’s government in October, along comes another local authority playing the populist card.

Dublin City Council has taken to the internet to ask people if they want to see a reduction in their local property tax this year.

The tax is levied at a rate of 0.18 per cent on the value of a property across the country. However, local authorities have discretion to vary this by the order of plus or minus 15 per cent.

Dublin is far from the first local authority to consider cutting charges. Last year, for example, residents of Limerick city and county paid 10 per cent above the basic rate, while residents of four Dublin councils (Fingal, South Dublin, Dún Laoghaire-Rathdown and Dublin City) had a 15 per cent drop in their property tax bills.

Now it is raising the prospect of cutting the figure again. Interestingly, the online survey that Dubliners are being invited to take makes no mention of what services might be cut to accommodate lower local property tax revenue. A more honest survey might ask residents, once they have selected the scale of any cut to the tax, to choose which services they would rather go without. Now that would be interesting.