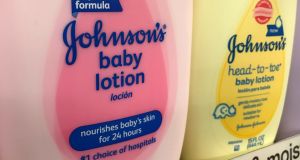 The diversified healthcare company, which completed its $30 billion acquisition of Swiss biotech Actelion last month, raised its 2017 profit forecast range to $7.12 to $7.22 per share, from $7-$7.15.

“We are optimistic that the investments we are making will accelerate our sales growth in the second half of this year,” chief executive Alex Gorsky said in a statement.

J&J is banking on newer pharmaceutical products to reaccelerate its growth, to counter slowing demand for some of its key products, including its top-selling Remicade treatment.

Sales of Remicade, which is used to treat various autoimmune disorders, fell 14 per cent to $1.53 billion in the second quarter, hurt by competition.

However, excluding special items, the Band-Aid maker earned $1.83 per share, beating analysts’ estimates by three US cents, helped partly by strong demand for its cancer drugs, Darzalex and Imbruvica.

J&J is the first among major pharmaceutical companies to report its quarterly results, and the report comes a day after a second Republican effort to pass healthcare legislation in the Senate collapsed.

While sales in J&J’s consumer and medical device divisions rose despite a negative currency impact, demand for pharmaceutical products – its largest business – fell marginally to $8.6 billion.

J&J reported total sales of $18.84 billion, missing the average analyst estimate of $18.95 billion. J&J also raised the low end of its full-year revenue forecast range to $75.8 billion from $75.4 billion. It, however, kept the top end of the range unchanged at $76.1 billion.