You would think banks could calculate APR correctly 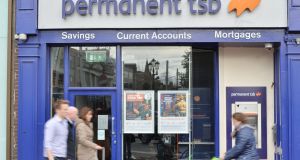 Having stretched their customers’ trust so vicariously in the events that led to the downturn, one might be forgiven for thinking that banks today would be sure to take extra care when it comes to communicating with their customers.

However, mistakes continue to be made.

While the tracker mortgage scandal, in which borrowers were denied a tracker rate, continues to play out, a steady trickle of errors of judgment or accuracy continue to emerge.

Back in January, for example, Bank of Ireland sent out a letter to its tracker mortgage customers, suggesting they might want to move to more expensive fixed rates. The bank, however, subsequently backtracked on this by sending out another letter – some four months later – apologising for the original letter which, it said, was sent in error.

There is another issue relating to literature sent to credit card customers disclosing interest rates, or APRs.

Earlier this year it was disclosed that the Central Bank had commenced an investigation into the advertisement by many of the country’s leading banks, including AIB and Bank of Ireland, of incorrect interest rates on credit card accounts between 2010 and 2013.

One of the banks implicated in the review is Permanent TSB, which provided an example to customers of the impact of an APR of 18.4 per cent on their credit card account, even though the correct figure should have been 20.7 per cent.

Now a spokesman for the bank says it has reviewed all accounts, and has found no errors in the actual rate charged on the accounts. This means that the error was confined to marketing literature, and no customer of the bank paid more than they should have as a result of this issue.

“In recognition of the issue” the bank is making a contribution of €25 for each affected account to charity, and the bank is currently writing to its customers informing them of the error.

Similarly, a spokesman for AIB says that the relevant customers have now been contacted, and while there were “shortcomings” in how the rates were advertised, “no customers were overcharged”. It too is making a charity donation in recognition of the error.

While it’s to be welcomed that no customer found themselves out of pocket as a result of the error, it does beg the question as to why such mistakes, which can confuse customers, continue to be made.

At a time when the still fragile trust needs to be restored, a little bit of clarity, and accuracy, wouldn’t go astray.