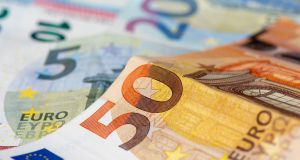 Green energy entrepreneur Eddie O’Connor’s Mainstream Renewable Power has lined up $620 million (€517 million) of bank funding for a key project in Chile, underpinning the group’s value ahead of an expected sale in the coming months, writes Joe Brennan.

Another company raising money is hotels group Dalata which has has placed €94.4 million worth of shares as it builds up a fund to allow it take advantage of opportunities it expects will arise as a result of Covid, write Peter Hamilton and Ciara O’Brien. It comes as the Pat McCann-led group reported a loss of €70.9 million in the first half of the year.

The Government, on the other hand, is opting not to raise money, activating the temporary reduction in the standard VAT rate from 23 per cent to 21 per cent promised in the July stimulus plan at what is expected to be a cost of €440 million to the exchequer as it looks to kickstart the economy.

Ryanair has warned that it might cut more flights in the Republic if the State’s tough travel restrictions remain in place. Barry O’Halloran reports that the group remains particularly exercised by the absence of key markets Germany and the UK from the Government’s Green list.

The threat comes, Eoin Burke-Kennedy writes, as Ireland now appears to have the worst of both worlds: stricter, more economically divisive restrictions combined with worse case numbers than the anti-lockdown Swedes.

Dublin’s Royal Hibernian Way is on the market with the current owner, insurer Aviva, looking for €80 for the scheme on Dawson Street, writes Ronald Quinlan. It says a current yield of 3.16 per cent at that price could jump to 5.8 per cent following an upcoming rent review and assuming the new owners let currently vacant units.

Developer Johnny Ronan has started work on his Waterfront South Central scheme, next to the 3 Arena in Dublin’s docklands. Ronald reports that Ronan is hoping to put up to 1,000 residential units on the site in two towers climbing to 40 and 44 storeys. At present, he has permission for just 420 homes.

Colm Brady is the Irish head of car rental business Europcar but he is on a mission to get people to rethink their views on car ownership as he leads its short-term mobility solutions business GoCar. He spoke to Michael McAleer.

German trade union IG Metall is backing the introductions of a four-day working week with minimal loss of pay to save jobs and head off the worst economic shocks of the coronavirus pandemic as new government data shows the economy heading for its worst slump since the second World War. Derek Scally has the details.

1 Am I crazy to consider switching to an Ulster Bank mortgage?
2 PTSB plays down Ulster Bank talk as it sells €1.4bn of loans
3 Irish tech company Asavie acquired by Nasdaq-listed Akamai
4 Up or down – how much is your Local Property Tax this year?
5 Asian shares slip as surging Covid cases weigh on global economy
6 How much state pension will I get next year?
7 Brexit to curb services trade with UK, accountants group warns
8 Tesco takes to the skies with home delivery by drone
9 CRH sells Brazilian cement business for $218m
10 Insurers to continue forbearance for customers hit by Covid
Real news has value SUBSCRIBE