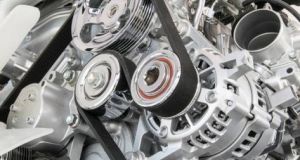 A four-day week is not unprecedented in Germany’s auto industry: in the 1990s Volkswagen cut a day’s work – and 10% of salaries – to save 30,000 jobs. Photograph: Getty Images

Leading German unions have proposed introducing a four-day working week with minimal loss of pay to save jobs and head off the worst economic shocks of the pandemic.

Official data released on Tuesday showed Europe’s largest economy will shrink by 5.8 per cent, the worst slump in post-war history but an improvement on an earlier forecast of 6.3 per cent shrinkage.

“We have passed the lowest point,” said Peter Altmaier, the federal economics minister, saying Germany was experiencing a classic V-shaped recession. “The recession in the first half of the year came in less severe than we feared.”

Next year his forecast sees growth of 4.4 per cent, down from the previously forecast 5.2 per cent.

While domestic demand is recovering, he said the wider performance of Germany’s export-dependent economy depended on orders from other Covid-19-hit countries. That dependency and uncertainty has prompted a growing number of businesses and unions to consider cutting working hours to retain jobs.

The powerful metalworkers’ union IG Metall sparked the debate as unemployment rises to its highest level in nearly five years.

IG Metall president Jörg Hofmann, whose industry represents more than two million people, said a four-day week could help the car industry as it faces “digital acceleration due to the pandemic”.

Federal labour minister Hubertus Heil, from the Social Democratic (SPD) junior coalition partner in Berlin, has signalled his openness to any measures that preserve jobs. “Reduced hours with some wage compensation may be an appropriate measure,” he said.

Already the federal government has introduced crisis measures, including Kurzarbeit wage subsidies to help shoulder wage and non-wage costs. A four-day week, as envisaged by IG Metall, would allow employees work less and share more of the reduced workload and demand in the economic downturn.

Two years ago the union secured the right for employees to go down from a 35-hour week to 28 hours for two years, with only a minor decrease in pay.

This new proposal – a reduction of working hours with only limited pay decreases – is backed by 60 per cent of Germans, according to a new poll.

Daimler, already struggling before the crisis, insists a four-day week would be “neither appropriate nor economically viable”.

A four-day week is not unprecedented in Germany’s auto industry: in the 1990s Volkswagen cut one day’s work – and 10 per cent of salaries – to save 30,000 jobs.

Still, Germany’s BDA employers’ federation has put a red flag on the proposal, suggesting it could compound the “enormous productivity shock” among many of its members.

Traditionally Chancellor Angela Merkel’s ruling party does not intervene in labour negotiations between employers and unions. However the employer-friendly end of the ruling Christian Democratic Union (CDU) has brushed off the four-day week proposal for doing little more than “distribute wages and subsidies”.

At the other end of the spectrum, Germany’s far-left Linke party has proposed reducing working hours to 30 a week without a loss of pay.

From France to Austria, the debate over a shorter working week is spreading across Europe as the pandemic triggers redundancies. In the UK the progressive think tank Autonomy suggested a four-day week in the public sector would create up to half a million new jobs and help limit the looming spike in unemployment.