Ryanair may cut more flights in Republic due to travel restrictions 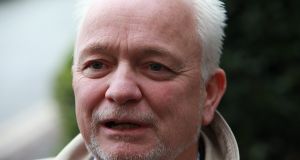 Eddie Wilson: he said other “more progressive countries” were offering Ryanair incentives to base aircraft in their airports for the winter

Ryanair may cut more flights in the Republic if tough travel restrictions remain in place, one of the group’s top executives has warned.

The news comes following reports that Aer Lingus is considering moving long-haul aircraft from Shannon to one of six UK regional airports to combat the restrictions.

Eddie Wilson, chief executive of Ryanair DAC, the group’s biggest subsidiary, said on Tuesday that other “more progressive countries” were offering the carrier incentives to base aircraft at their airports for the winter.

He warned that “capacity would go elsewhere” if the Government did not at least add key EU trading partners, such as Germany and the UK, to its green list of safe travel countries.

Mr Wilson noted that these states had lower Covid-19 infection rates than the Republic, but the Government continued to exclude them. This means that passengers from there must quarantine for 14 days after arriving in the Republic.

Ryanair is cutting planned schedules in the Republic for September and October by 20 per cent as the restrictions act as a drag on demand here.

The airline has agreed a deal on pay cuts and work practice changes with pilots and crew based in the Republic that, it said, avoided the need for redundancies among staff here.

However, Mr Wilson could not rule out having to revisit that if restrictions continued. “We may have to go back to them and say that we can’t even make that work,” he said.

He also pointed out that where airlines base aircraft for the winter often influenced what they did the following summer.

Mr Wilson called on the Government to implement the recommendations from its own Task Force on Aviation Recovery, which recommends lifting these travel restrictions for EU countries.

He noted that the report was published on July 7th, but the Government had yet to act on it. “We just want to know what they are going to do with their own report. What they need to do today is they need to lift the travel restrictions on the UK and Europe. ”

He said people from at least 10 other EU countries with lower Covid-19 infection rates than the Republic were subject to quarantines on arrival here. These countries included the bloc’s biggest economies, Germany and France, which were important trading partners.

“The UK is our biggest trading partner, and they cannot come here to do business,” he said.

The airline executive declared that travel had become a scapegoat for Covid-19 surges that were actually down to deficient tracking and tracing in places such as meat plants.

He also pointed out that Michael Ryan, head of the World Health Organisation, has said that lockdowns do not work.

Official figures show that the number of flights in the EU is close to half what it was a year ago, while in the Republic traffic is down by almost 90 per cent.

Air travel has been increasing through the bloc since the spring, when the European Centre for Disease Control and the European Union Aviation Safety Agency issued guidelines for its safe return.