Ulster Bank and Ires Reit enjoy profit boost, Fairfax may cash in on FBD stake, and Three to roll out 5G 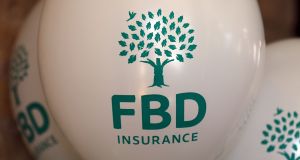 Fairfax has the right to convert its bond into ordinary shares from September 23rd at an exercise price of €8.50. FBD’s share price was trading at €10.40 in Dublin on Thursday, which puts Fairfax in line for a €15.6 million profit.

There is a raft of breaking news so far today. Firstly, profits at Ulster Bank jumped to €100 million during the first half of 2018, compared with just €12 million during the same period last year, results posted by the bank’s parent Royal Bank of Scotland show.

There’s more good news over at Irish real estate company Ires Reit where profits more than doubled during the first half of 2018 compared with the same period last year.

Canadian investment group Fairfax Financial Holdings has hired advisers as it considers its options for a ¤70 million bond in FBD that could potentially convert into a 19 per cent stake in the Irish-listed insurer.

Apple has become the first company to reach a trillion-dollar market capitalisation, beating old foes such as Microsoft as well as younger tech rivals Amazon and Alphabet to the milestone.

Despite this landmark achievement, the tech giant still owes the Irish State ¤5 billion to comply with the EU Commission’s order on back taxes to the Republic, nearly two years after its Irish fiscal deals were ruled illegal.

Meanwhile, the acquisition of the Irish Stock Exchange has driven listing revenue at Euronext, the pan-European stock exchange, up 20.3 per cent during the second quarter of the year, results published this morning show.

Amid the ongoing debate over the special 9 per cent VAT rate applied to the Irish tourism sector, Mark Paul argues in his Caveat column that with visitor numbers are at record levels and hotels full, claims that its removal would be disastrous for the sector is “like pleading hunger while you wipe the chocolate sauce from your cheek”.

Irish Ryanair pilots will strike along with those in four other European countries next Friday, August 10th. They were already due to strike on Friday, August 3rd so the new action would see Irish pilots striking on two Fridays in a row.

If you’re still answering work emails into the wee small hours during the week, you might be interested in a Labour court ruling yesterday that awarded ¤7,500 to a former executive over being required to deal with out-of-hours work emails.

Three Ireland, which reported a 22 per cent rise in earnings on Thursday, plans to begin offering 5G services in the first quarter of next year, according to its chief executive, Robert Finnegan.

In agenda this week, Barry O’Halloran looks at how, from the wreckage of crash Ireland’s two big banks now share 60 per cent of mortgage market, and their dominance is scaring competitors away.

The interview of the week is with two teenage tycoons from Meath who are eyeing global growth for their FenuHealth brand.

In the Wild Geese column, tech investor Gareth Keane explains the allure of San Francisco’s Bay Area. “If you have a good idea, there’s room here for you.”