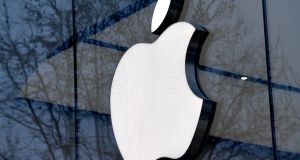 Apple has become the first company to reach a trillion-dollar market capitalisation, beating old foes such as Microsoft as well as younger tech rivals Amazon and Alphabet to the milestone.

The landmark moment, when the company’s share price touched $207.05 in intraday trading on Thursday, came thanks to a combination of robust iPhone sales and a vast capital returns programme running into hundreds of billions of dollars.

Twenty years after co-founder Steve Jobs returned to the company to rescue it from the brink of bankruptcy, Apple has thrived thanks to a succession of hit products and services, from the iPod and iTunes to the iPhone and App Store.

Hitting the trillion-dollar mark will be a moment of vindication for Tim Cook, Apple’s chief executive, who has faced recurring questions about his leadership since succeeding Jobs, who died in 2011.

“Stock price is a result, not an achievement by itself,” Mr Cook said in an interview with Fast Company magazine this year. “For me, it’s about products and people.”

Tracking when Apple would hit the $1tn milestone has been complicated by the company’s elephantine share buybacks, including $20 billion in the past quarter alone. The company’s latest regulatory filing showed a share count of 4.83 billion shares as of July 20th.

Market capitalisation is only one measure of a company’s success. Amazon’s enterprise value, which takes into account debt, is already ahead of Apple’s by about $50 billion.

While Apple has yet to release a breakthrough innovation to match the 11-year-old iPhone, which still accounts for about two-thirds of annual revenues, Mr Cook has led the company to new highs by building a portfolio of supporting products and services, from its AirPod headphones to a new music streaming service.

At a corporate level, he has personally championed human rights and privacy, mantras that have served to rally Apple’s staff even as its share price has fluctuated wildly over the past few years.

At Apple’s 2014 annual meeting Mr Cook snapped at a shareholder who asked him about the return on investment from its environmental and accessibility projects.

“I don’t consider the bloody ROI,” he said. “If you want me to do things only for ROI reasons, you should get out of this stock.”

With designer Jonathan Ive and other deputies such as Craig Federighi and Phil Schiller to lead new product development, Mr Cook has served as a diplomat-in-chief, defending Apple from activist shareholders and regulatory challenges from Washington to Brussels and Beijing.

Alongside financial chief Luca Maestri, Mr Cook has also proved a savvy steward of Apple’s vast profits. The company’s share price rally in recent months has been attributed, at least in part, to Apple’s plan to repatriate its overseas profits and return most of its more than $100 billion in net cash to shareholders, under new US tax rules.

That has helped win the backing of long-term investors such as Warren Buffett, who has praised Apple for its “extraordinary consumer franchise” as well as its financial returns. “I see how strong that ecosystem is, to an extraordinary degree,” Mr Buffett told CNBC this year, noting the iPhone was “a very sticky product”.

Apple’s share price, including dividends, has increased by almost 2,000 per cent since Mr Cook took charge in January 2009, at first on a temporary basis, when Jobs was undergoing cancer treatment.

“One of my roles is to try to block the noise from the people who are really doing the work,” Mr Cook said in February. “I worked at a company a while back, many years ago, where every hallway you go in, you would see their stock price being monitored. You will not find that here.”

Gene Munster, former Wall Street analyst turned tech investor at Loup Ventures, said he “never thought we’d get here” when he started covering Apple in 2004. “Apple has embraced the innovator’s dilemma unlike any other company in history, which is best exemplified by the iPhone all but destroying the iPod business.”

Investors continue to speculate on whether Apple’s secret projects to develop autonomous cars, augmented reality glasses or a new video streaming service will sustain the company’s place at the top of the tech industry.

“Looking ahead, we couldn’t be more excited about the products and services in our pipeline,” Mr Cook said on this week’s earnings call.

One earlier claim to the trillion-dollar milestone was briefly made by Chinese state-controlled oil company PetroChina, which hit that level in nominal terms on the first day of trading after its 2007 listing. But some market watchers argue those calculations were based on one class of shares that listed in Shanghai that year, and not the price of Hong Kong-listed shares that were already trading. – Copyright The Financial Times Limited 2018