OECD warns over stagnating productivity and House of Fraser woes 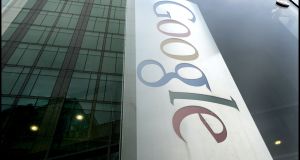 Vulture funds are putting in place new strategies to avoid tax and regulation, the Sunday Business Post reports. Citing a letter from Fianna Fail TD Stephen Donnelly to the Minister for Finance, it says the funds have moved substantial sums from the controversial Section 110 companies and into other entities called L-QIAIFs (loan-originating qualifying alternative investment funds). These do not file public accounts.

The OECD has warned that stagnating productivity among indigenous businesses could threaten the Irish economy in the event of a hard Brexit. A report in the Sunday Times discusses a working paper published in July which said the country would have to address the widening productivity gap with multinationals by helping Irish high-potential businesses to thrive.

In the Sunday Independent, Dan O’Brien questions the claim that Ireland is a low-tax economy, saying the amount of tax revenues raised, relative to the size of the economy is much closer to EU norms once the effects of inflated gross domestic product (GDP) are accounted for. Meanwhile, Dan White analyses the turbulent times at Ryanair and highlights concerns over corporate governance raise by investor advisory groups. He writes that five of the 14 members of the Ryanair board have been with the company for at least 15 years.

Kilkenny payments company Transfermate has agreed a major investment deal with Dutch bank ING, reports the Sunday Independent. The move would value the business at €350 million. The deal, involving a €21 million investment, will see TransferMate handles international payments across all ING business customers.

The owner of hotel linen supplier Kings Laundry is due to make more than €40 million from the sale of the Dublin firm last week to French laundry group Elis, the Sunday Times claims. Terms of the sale were not disclosed at the time.

More than 40 investors in SME lender Growcap Finance are due to take a case to the High Court on Monday claiming an alleged breach of their investment contracts, reports the Sunday Times. The non-bank lender, set up in 2015, pays for goods being purchased by a client and is then repaid over time. It raised about €2 million from investors last year.

In his weekly column in the Sunday Business Post, Stephen Kinsella writes that there are more banking scandals to come and as for the tracker mortgage scandal “they knew what they were doing. They did it anyway”.

The future of the House of Fraser has been thrown into further doubt after a Chinese investor delayed a potential lifeline, leaving the department store chain facing a cash crunch, the Sunday Telegraph reports. Chinese firm C.Banner International Holdings, which also owns Hamleys, has put on hold a deal to pump £70 million (€79 million) into House of Fraser in return for a 51 per cent stake. The paper says the delay in investing came after House of Fraser was hit with a legal challenge by a group of landlords.