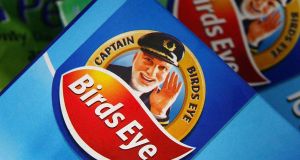 It is becoming an almost daily occurrence that a significant business figure puts his or her head above the parapet to warn of the losses Britain will suffer in the event of a no-deal or hard Brexit.

Monday was no exception, with Birds Eye’s Britain and Ireland boss warning the price of fish fingers could rise by 20 per cent.

Why? Well the fish is purchased around the world from a variety of producers and the fingers are made in Germany. So if they were to be imported after March 29th they could be subjected to World Trade Organisation tariffs.

Not that we should shed too many tears for Birds Eye, a global food producer owned by the British Virgin Islands-incorporated Nomad Foods, which also controls brands including Goodfella’s and Findus. It will survive this sorry mess.

UK consumers are the ones who will suffer. And before we conclude that those on lower incomes will be the only ones hit, other announcements make it clear that a no-deal Brexit could impact all sectors of society. Porsche has said that the price of its cars could rise 10 per cent in the event of a hard Brexit.

Bizarrely, the UK’s political class does not appear to give a fiddlers. The Labour party is in disarray, with a small cohort of its MPs quitting the party on Monday.

At the same time prime minister Theresa May is hobnobbing with Europe’s leaders in an effort to get revisions to the Irish backstop arrangement, something that has already been ruled out.

With 38 days to go it’s hard to watch this shambolic state of affairs. It has been left to the business community to proffer the harsh realities of a no-deal exit from the EU.

For the electorate an increase in the price of fish fingers might be the least of its worries.