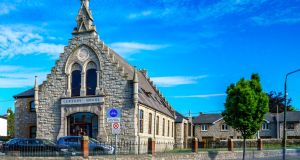 An office investment with a difference based on a classical building on Harold’s Cross Road in Dublin 6 is expected to attract considerable interest when it goes for sale from today.

Agar estate agent is guiding €1.75 million for Century House, a former parochial hall with a striking cut stone granite facade, which has been used as rental offices in recent years.

The current rent works out at €20 per sq ft and could be increased substantially if the tenant avails of the break option. Even as matters stand, the investment will show a net return of 7 per cent.

The main office facilities are located on two levels in the body of the hall while private offices and a boardrooms are located off this area.

The distinctive block dates back to 1882 when it was known as the Harold’s Cross Parochial Hall. It was the venue for regular meetings over the years for a variety of organisation – from the Mothers Union to the Boys Brigade. It was also frequently used as a classroom for local children.

An additional incentive for interested investors is that there will be no VAT charge on the sale, which has been prompted by the pending retirement of the owners.