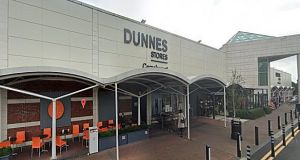 Dunnes Stores appears to be making its first, tentative steps into grocery delivery having developed an app to do just that from one of its flagship Dublin outlets.

The grocery retailer has launched an app – Dunnes Stores Cornelscourt – to allow customers order food to be delivered from the company’s store in Cabinteely, Dublin 18. The service will be available to customers based within a 10km radius.

The app is powered by Flipdish, a food-ordering start-up that has positioned itself as an alternative to online fast-food delivery aggregators such as Just Eat and Deliveroo.

Flipdish co-founder and chief commercial officer James McCarthy said the company has also developed a website for the project, fooddelivery.dunnesstores.com.

This departure for the retailer means customers can order a minimum of €20 worth of goods to be delivered to their home for a €3 delivery fee. It is understood that fee is waived for more expensive orders.

There are about 231 products on offer through the service and Dunnes Stores, rather than Flipdish, will make the delivery.

Unlike competitors Tesco and SuperValu, Dunnes Stores hasn’t embraced the model of delivering food to people’s homes. It does, however, offer a click and collect service for its fashion and homeware ranges.

Its apparent reluctance to offer grocery deliveries has singled it out now that smaller discount rivals Aldi and Lidl are offering that service. Lidl customers can have their groceries delivered through a company called Buymie while Aldi this week said it had partnered with food delivery service Deliveroo to trial home grocery deliveries for customers in Dublin.

Whether the Cornelscourt outlet trial will be rolled out across its stores remains to be seen. Mr McCarthy couldn’t comment on that and Dunnes Stores did not respond to request for comment.

A notice on its website suggests that plans for online food ordering are at an early stage. Despite the new service, the grocer’s website says: “Unfortunately we do not offer an online grocery ordering service on dunnesstores.com.”

Mr McCarthy noted that Flipdish has been working with Dunnes Stores for some time, given that its technology powers online ordering at the Cafe Sol chain owned by the retailer.

Flipdish has about 750 outlets in the Republic using its technology and also works with BWG Group to power online ordering for its Spar, Londis and Mace outlets. The company also works with operators in Britain, France, Germany, Spain and north America.