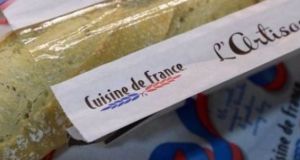 Aryzta said it has reopened bakeries in Europe and the US, and brought some staff back from furlough.

Swiss-Irish food group Aryzta said it has seen “steady improvement” in revenue trends as lockdowns to slow the spread of coronavirus have eased.

The company said organic revenues were 23 per cent lower to date in June, showing an improvement from 36 per cent in May and a reduction of 49 per cent in April.

But the group said it expected a “bumpy recovery” in the coming months as the full impact of the Covid-19 pandemic becomes clearer.

Aryzta took a number of steps from March to protect its liquidity, including reducing capacity to meet falling demand, furloughing staff, signing up for government relief schemes and cutting costs. It said the measures would be kept under review.

As European countries begin to emerge from lockdown, Aryzta said it had seen an improving weekly revenue trend, currently down 27 per cent, with quick serve restaurants and and in-store-bakery showing gradual improvement. The food service and convenience channels remained negatively impacted as lower tourism numbers and home-working hit the market. Only one bakery remains fully paused in Europe, down from three at the end of April, with 80 per cent of lines currently operational.

The North American market showed a trend of -18 per cent, with signs of recovery similar to Europe, and the rest of the world indicated a -20 per cent trend. In North America, only one bakery remains fully paused, with 90 per cent of lines in operational.

Some 22 per cent of staff are furloughed, down from 30 per cent at the end of April.

Aryzta said liquidity on June 25th was €370 million, compared with €385 million at the end of the third quarter.