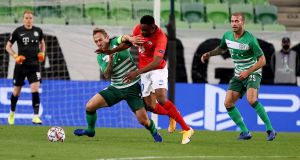 On the face it, Thursday’s game in Tallaght is an important opportunity for Dundalk to get points on the board and a bit more cash in the bank.

But having qualified for the knockout stages the last time they got this far, the Norwegian club might well see the game as a key stepping stone towards greater things.

The visitors have a long and interesting history but have squeezed almost all of their success into the last decade or so with all four of their league titles and a couple of their cups making it something of a golden era for a club that started out more than a century ago organising games between townspeople and those who stopped over in a port town with a long history of trade and tourism.

Give it a couple of years, however, and the club’s most celebrated association seems likely to be its part in the development of emerging superstar, Erling Haaland, who spent a couple of years at the club after having been signed by the now Manchester United boss and before moving on to Borussia Dortmund.

In 1999 Molde unexpectedly qualified for Champions League group stages then rather less surprisingly lost five of their six games and finished fourth in the group.

On the second of the two occasions they have managed to make it through to this stage of the Europa League in 2015, however, they beat Celtic twice and drew both of their meetings with Ajax.

It took the eventual winners, Seville, to put them out in the next round.

Despite continued domestic success, there had not been a huge amount to shout about on the European front since then but, having made it this far again, they are unlikely to see themselves now as also-rans.