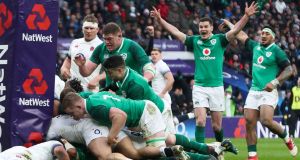 Players will no longer be able to score a try by grounding the ball against the base of the post protectors following a law change announced by World Rugby with immediate effect. Previously a player was awarded a try when he touched the ball down against the bottom of a ‘post’ where the padding and the ground met.

It’s a sensible decision from rugby union’s governing body that will remove from the game an anomaly in terms of fairness that significantly favoured the attacking side.

Teams defending their goal-line were at a significant disadvantage legally as players were obliged to stay behind the goal-line and with chunky post protectors very much in vogue – for obvious player welfare reasons – it was becoming increasingly difficult for teams to legally defend this area, as they had to come out and around the pads.

A classic example of a player with superb appreciation of the law and the wherewithal to exploit the advantage was demonstrated by CJ Stander in Ireland’s 24-15 victory over England at Twickenham in 2018 that earned Joe Schmidt’s team a Grand Slam.

Peter O’Mahony won a lineout, Johnny Sexton fed Tadhg Furlong whose beautifully disguised pass sent Bundee Aki through a gap and he in turn found Stander with a well-timed inside ball. There was still plenty to do for Ireland’s number eight but he picked the perfect running line in support.

Despite the despairing tackles of England scrumhalf Richard Wigglesworth and flanker James Haskell, Stander had the presence of mind when grounded to reach out and plant the ball against the bottom of the post protector, the try eventually confirmed by the television match official. It came down to millimetres on that occasion but from now on the ball will have to be grounded on the line or in the in-goal area.

The amended law will now read: “The post protector is no longer an extension of the goal-line” and therefore Law 8.2 (a) now states that, “a try is scored when the attacking player is first to ground the ball in the opponents’ in-goal.”

The minor amendment to Law 8 was approved by the World Rugby Council during its special meeting held via teleconference today and follows a recommendation by the international federation’s Rugby Committee and specialist Laws Review Group.

The move to change the law was also motivated according to World Rugby by “in some extreme cases, post protectors have been lifted or moved by defending teams, leaving the posts exposed and therefore increasing the risk of injury.”

World Rugby didn’t need to look far for an example. Munster’s Pro14 clash with Edinburgh on November 29th last year threw up just such an eventuality. In the 35th minute visiting prop Pierre Schoeman lifted the protective padding on the post to stop Munster hooker Rhys Marshall from grounding the ball against the padding, continuing to hold it in the air when Arno Botha drove for the line.

Less than a minute later and Edinburgh tighthead prop Pietro Ceccarelli lifted the padding on the right hand post. Following the intervention and direction of the television match official Stefano Penne, referee Marius Mitrea called over the Edinburgh captain Henry Pyrgos and said: “I want to talk about your players lifting the posts, lifting the padding. It happened twice. If it happens again it may be more than a penalty, okay? It’s very dangerous also.”

Under the amended law there will be no need for players to be reckless with safety of opponents. The newly re-elected World Rugby Chairman Bill Beamont said: “World Rugby’s mission is to make the game as simple, safe and enjoyable to play as possible. This law amendment reflects that mission.”

1 Game Changers: Gary O’Toole took a stand when others turned their heads
2 Gerry Thornley: Munster will make for interesting case study when rugby resumes
3 Roger Wilson tackling the problem of bad technique in Texas high school football
4 James McClean says he gets no support for abuse he receives
5 Georgia and Fiji in line to join Six Nations sides in eight-team tournament
Real news has value SUBSCRIBE

Aidan and Donnacha O’Brien banned from racecourses for Covid-19 breach 09:49
New money gets one over on old money as Man City defy Uefa 09:08
United slip up in top four race; reasons to be cheerful for Munster 07:00
Solskjær says Man United did not deserve to beat Southampton 06:36
Gerry Thornley: Munster will make for interesting case study when rugby resumes 06:30
Crossword Get access to over 6,000 interactive crosswords