Munster player was not culpable, but fallout from the case means it won’t go away soon 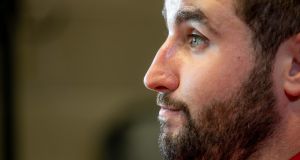 Munster’s James Cronin: As a professional rugby player, he should have been more quizzical about what he was taking. Photograph: Morgan Treacy/Inpho

Ideally, one imagines, James Cronin, Munster and the Champions Cup organisers, EPCR, would like the case surrounding the player’s one-month suspension for a doping violation to go away. News that Sport Ireland has requested a full case file as part of its continuing review of the matter means that it will not be going away, not for the time being anyhow.

At face value, one can understand why, and why they wouldn’t be the only ones. After all, here is a rugby player who tested positive for prednisolone and prednesol, which are banned substances under Section 9 of the 2019 Wada Prohibited List, after a big European game.

EPCR engaged the London law firm Bird & Bird to investigate the case. Had it been proven that Cronin took the substance intentionally, the 29-year-old would have faced a two-year ban, but the investigation found that the player had taken the substances unintentionally due to a pharmacy handing out a prescription intended for someone else by mistake.

Cronin had been feeling unwell before the Racing game and the Munster team doctor, Dr Jamie Kearns prescribed him an antibiotic, amoxicillin, and emailed the pharmacy. The pharmacy dispensed the medication, both amoxicillin and prednesol, the second of which was intended for another customer, believed to be of the same name.

Based on the bare facts, this was a serious error by the pharmacy and also quite a coincidence.

Nonetheless, in supporting his claim that he had taken prednesol unintentionally, Cronin did provide a statement from the Munster team doctor, a copy of the team doctor’s prescription (and the email to the pharmacy), a statement from the pharmacy confirming their error, a copy of the pharmacy’s medication dispensing form, photographs of the product labels, packaging and leaflet, and video footage showing the player collecting the medication on the day before the game, Friday, November 22nd.

Bird & Bird passed the case file on to Antony Davies, the EPCR judicial panel member, who concurred with the lawyers that “the player’s violation was the result of a very serious (and unexpected) mistake by a pharmacy”. While Cronin “bears at least some fault”, the level of fault was “low” and so he was given a one-month ban on April 20th.

It is normal for a pharmacy to have the customer confirm their address before dispensing any prescription, and to have the name and address printed on the packaging. But both the packaging and the labels on the products contained only Cronin’s name and the dosage instructions.

Neither the lawyers nor Davies interviewed Cronin to further verify his account, or the pharmacy in question, or the other customer for whom the Prednesol was intended. Had they done so, their investigations would have been much more transparent.

That said, speaking to four separate pharmacists, they all stated that erroneously dispensing the wrong medication, intended for another customer, does happen, however infrequently. None was especially surprised. “Human error,” was the common cause.

In addition to taking Germentin, the trade name for the antibiotic amoxicillin, Cronin confirmed that he took five 5mg tablets of prednesol, as was instructed on the package, at 2pm the day before the game and four more 5mg tablets at 9am on the morning of the game.

If everyone read the leaflet inside a packet of paracetamol, no one would ever take one again

Talking to two doctors, they said this prescription (of both amoxicillin and prednesol) was entirely in keeping with a chest infection. Furthermore, the dosage would be commonplace for someone of around 70 to 80kg, not one weighing about 116kg, and the prednesol would reduce the “wheezing” which comes with a chest infection, while also making them more alert – hence it was not to be taken in the evenings. For prednesol to have pronounced performance-enhancing effects, it would need to be taken over a more prolonged period of time or in a larger dose.

Furthermore, all four pharmacists agreed that no pharmacy would admit to such a serious error had they not made the mistake, for the admittance of culpability has consequences.

Cronin had been prescribed amoxicillin before and, yes, might have noticed that on this occasion there were two boxes of different tablets, with the prednesol being much smaller. He might also have googled prednesol or read the leaflet inside or contacted Kearns on discovering two boxes of tablets rather than one – all the more so as he is a professional rugby player.

But, at face value, he felt unwell, contacted the team doctor, collected the medicine prescribed for him in a pharmacy and took the tablets in accordance with the instructions, without paying much heed to their size or reading the leaflets or google searching any of its contents. How many of us have done exactly that?

As one of the doctors said to me, if everyone read the leaflet inside a packet of paracetamol, no one would ever take one again. Yes, Cronin is a rugby player, but wouldn’t most sportspeople trust their team doctor and a pharmacist they’d been to before?

It’s understood that Munster no longer intend using the pharmacy, while the player is suing it in light of the legal costs he incurred. Why Munster and Cronin haven’t said so is another matter.

Ultimately, Cronin certainly stands indicted for not being more quizzical about what he was taking, all the more so as a professional rugby player, but for a player to deliberately take a banned substance the day before, and on the morning of, a big game would be ridiculously risky.

For sure, the disciplinary investigation could have gone further, which in turn has probably contributed to Sport Ireland requesting a full case file as well as the ongoing cloud which hangs over this case, but that is not actually of Cronin’s making.