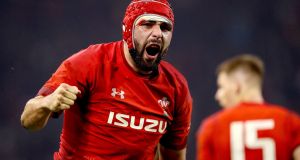 The Six Nations championship mid-term report card highlights Wales as the star pupils, unbeaten three-fifths of the way through the tournament and the only country that can now win a Grand Slam.

To do so Warren Gatland’s side travel to Murrayfield on Saturday week, where they face a Scotland side with a significant injury profile before Ireland come calling to the Principality stadium on the final weekend.

Wales’ second-half performance against England was arguably the best of the tournament, focused, unrelenting and hardnosed, eventually bending the England team to their will. It’s a far cry from the opening weekend of the Six Nations where the Welsh trailed 16-0 at half-time against a rampant France, and looked odds on for a shellacking.

The largesse in the form of tries that the French coughed up after the interval beggared belief, resulting in the biggest comeback in the history of the tournament.

Gatland made wholesale changes for the game against Italy, resting a host of frontline players, allowing him to work on a couple of fronts with one eye on the England game.

He revealed as much when he said: “We knew exactly where we were, and I said to the players they [England] had no idea what animal was turning up this week, but we did.”

The English weren’t afforded the same luxury in mixing and matching in personnel terms.

Hugely impressive in their victory over Ireland at the Aviva stadium, Eddie Jones made just two alterations to the starting team for the victory over France, with Chris Ashton replacing Jack Nowell on the right wing and Courtney Lawes coming in for the injured Maro Itoje.

In contrast, Wales had made 10 changes to the run-on team from the French to Italian matches, and then reverted largely to the team that had played against France with just two alterations, Gareth Davies coming in at scrumhalf and Corey Hill, a try scorer against England, joining the outstanding Alun Wyn Jones in the secondrow.

Wales have used 31 different players in total across the three matches, as the graphic illustrates, and the only position in the starting team in which Gatland has tinkered with consistently is scrumhalf; Tomos Williams (v France), Aled Davies (v Italy), and Gareth Davies (v England) have worn the number nine shirt.

The sequence of fixtures has facilitated Gatland’s plans to rotate, but that’s unlikely to be the case in the final two games. In a World Cup year all six head coaches are juggling the twin focus of being competitive in the Six Nations and working through a long list of players who might make the 31-man squads for Japan.

Joe Schmidt has called on 32 players to date, and given a six-day turnaround between the French and Wales games that figure is likely to increase, injuries notwithstanding. There is only one position in the starting team in which Ireland have fielded three different players in as many matches and that’s number eight.

CJ Stander suffered a facial injury against England, Jack Conan was hampered by an abdominal strain after the Scottish match, and Jordi Murphy played there in Rome. In terms of the bench, Quinn Roux, Ultan Dillane and Iain Henderson have worn the 19 jersey.

Scotland have employed 34 players to date, but coach Gregor Townsend has had little choice in some instances given the injuries they have sustained. Stuart Hogg, Huw Jones, Sean Maitland, WP Nel, Sam Skinner, Finn Russell and Ryan Wilson missed the opening game, were invalided out of the tournament or part of it.

Blindside flanker was an issue for the Scots, with Skinner, Wilson and Magnus Bradbury wearing the six jersey, while in bench terms replacement tighthead prop, backrow and the outside back cover was also something of a turnstile in personnel terms.

French coach Jacques Brunel has chosen 32 players to date, but doesn’t seem to be able to decide his best fullback or inside centre. Maxime Medard (Wales), Yoann Huget (England) and Thomas Ramos (Scotland) have worn the 15 shirt, while in the same sequence of matches Wesley Fofana, Geoffrey Doumayrou and Gael Fickou have donned the 12 jersey. It’s a musical chairs scenario on the bench.

England and Italy have employed the fewest players at 28. Injuries to Mako Vunipola and Itoje forced Jones’ hand a little, and one suspects that he will make swingeing changes when Italy visit Twickenham on Saturday week. Jersey 23 has had three occupants, Ashton, Nowell and Joe Cokanasiga.

Conor O’Shea’s Azzurri have also been a little hamstrung by injury issues, but he has kept faith with a smaller cadre compared to most of the other teams. It was only in the Ireland game that he turned to a couple of players in Maxime Mbanda and Alessandro Zanni who had not been involved in the previous two games.

Most things that transpire in the remainder of the tournament will be parsed against preparing for Japan no matter where each country currently is in the table.