Rugby continues to be a great educational outlet, just as it was intended 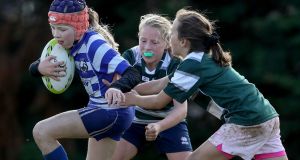 As we emerge from isolation and confront the last few horrible weeks of world news, I am more convinced than ever that the world needs team sports, especially rugby.

Rugby was never meant to be about money. Greed has made us forget that originally the game was an educational tool, designed by great teachers, to guide their students learning in how to become tolerant community leaders.

By exposing the players to the stinging arrows of both victory and defeat, at its core rugby teaches those who play to be resilient. Players learn to deal with success and disappointment, combined with physical and emotional pain – 80 minutes of life’s emotions.

You don’t die from an accidental kick in the shins but it stings. You limp for a minute or two then the pain fades. There will be a bruise to carry but the game, like life, will carry on.

At the community level, the true heartland of the game, not everyone who plays rugby is a warrior. Yet the counter-intuitive happens.

By competing like a warrior and getting out of their comfort zone, players learn deep truths about themselves and their inner character. Lessons that life outside of a contact sport can never teach.

Most who play rugby discover that they are far braver and more courageous than they ever imagined they could be. The day they discovered their bravery and courage, usually had very few witnesses. Perhaps it was a single action, as they hurled their younger self into a try-saving tackle on a backfield pitch at their school. That young player, now an adult, makes their way in life knowing that when hard times come, as they surely will, they have a powerful reservoir of courage to call on.

From the under-7s to national teams, the game is designed to make you encounter defeat and glare into the eyes of adversity.

Some days, despite playing with courage and giving a complete physical commitment, you get beaten. Defeat is bitter and crushing but you cannot permit yourself to be crushed. In a physical contact sport, players learn that after a great disappointment the sun will still come up tomorrow. You must drag your sack of bones out of bed, lick your wounds and stop feeling sorry for yourself. Then start planning, so that the next time you meet those buggers who gave you a hiding yesterday, you and your team will come out on top.

The old teachers were forcing us to realise that just because you don’t come first, that does not make you a loser. When you don’t win you are not a failure. The opposition might score more points than your team, but you are never beaten. The only failure is to give up. Adversity will be encountered, confronted, faced up and stared down.

Most rugby teams consist of players whose political beliefs vary from “Donald’ on the right wing, to “Bernie” on the left. But as you are part of a team you learn to accept their differences and understand that all wingers, on the extreme ends of things, have issues to deal with.

Sometimes you become friends with everyone in your team, while in other winning teams, not everyone is your friend but they are all your team-mates.

Bernie and Donald learn that if they co-operate and find common ground with each other, while they will never be close friends, they can become team-mates, so everyone in the group, your community, benefits.

A great team may have players that hold politically distant viewpoints. Some may believe in a god, while others are atheists, but for the good of the team they find a way to build a bridge over their differences and unite for the common good.

When you are in a rugby team you are in constant physical contact with your team-mates and your opposition. You are connected skin to skin in the contact of the game. Your team-mates may have skin that is a different colour from yours but when you are part of a rugby team that is irrelevant. You only see the quality of the individual. The way they execute their role and the physical commitment they bring to the team when they play. In playing rugby, the character of every player is exposed. It is by the character you display when you play that you are judged and in turn, you judge your team-mates by the character they display.

All of these learnings are well lubricated with the oil of humour. Humour in rugby brings the great gift of being able to laugh at yourself. As your team-mates crack jokes about your missed tackle or an over grandiose dive while scoring a try, they are forcing you to not take yourself so seriously. Now that is something that is in scarce supply in our world today.

To be part of a rugby team requires high levels of co-operation, emotional intelligence, empathy, tolerance, resilience, leadership by example and strong communication skills. Team sports is the only place in society where these qualities are essential in every second of the groups’ existence. Qualities desperately needed in today’s politically polarised society.

In searching to find better ways to bridge social, racial, political and economic divides in society, we should remember that team sports, especially rugby, were designed as powerful educational tools for building more tolerant, cohesive and understanding communities.

Get you and your kids into them.