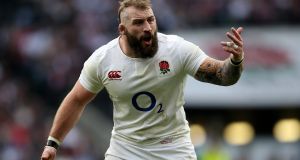 The England prop Joe Marler said proposals to reduce the length of the Six Nations to six weeks are “ridiculous” and warned that some internationals may need to sit out summer tours if the season is extended to 11 months.

The English Rugby Football Union has backed plans to remove one of the tournament’s two rest weeks, as part of World Rugby’s new-look global calendar from 2020 but has met opposition from the Scottish and Welsh governing bodies, with player welfare among their chief concerns.

With England’s summer tours moving to July as part of the World Rugby shake-up, and English Premiership Rugby outlining plans to move the end of its season to June but keep the start in September, Marler – who last year made himself unavailable for selection for England’s tour to Australia – echoed those fears.

“If we lost a rest week – I think it’s ridiculous. They can slap me on the wrist for that all they want but it’s such a physical tournament, the game itself is getting more and more physical every week,” said Marler, who started all five of England’s Six Nations matches this year.

“(And)if it makes the season longer they will have to manage boys better or the boys will have to start managing themselves more. I can’t say that I would be in favour of it. I wouldn’t like it to happen.

“My specific reasons for missing the (Australia)tour were not related to how much rugby I had played that year but it may lead to [players withdrawing from tours. If boys are playing 11 months and getting a four- or five-week break, their bodies, and mentally … it’s not that you’re bored but it’s like: ‘Christ, this is a slog now.’ And you don’t want to do that, you want to be coming out on the field and enjoying it every week.”

The ERFU and Premiership Rugby believe that maintaining the mandatory 32-game a season limit allays fears over player welfare but even with additional assurances, the English Rugby Players’ Association, which was due to meet Premiership Rugby this week, feels more needs to be done. The ERPA chairman, Christian Day, has even hinted at strike action while the chief executive, Damian Hopley, told the Guardian last month: “There’s some way to go in terms of trying to ensure the player-welfare issues are actually No1 (priority)and not just talked about as No1.”

With widespread opposition – George Ford this week voiced his concerns over a condensed Six Nations – the proposal is unlikely to be passed in May. Premiership clubs had initially wanted to scrap both rest weeks but the ERFU believes keeping one is a compromise that would “help with the broader narrative”.

“They are the standard-setting team in Europe at the moment and it’s very hard to pick out any weakness,” said Marler. “We have to go there and make sure that we give it our all and hope that will be enough to take them down. But we perhaps need them to underperform a little bit because when they’re at full strength, they are bloody hard to stop.”