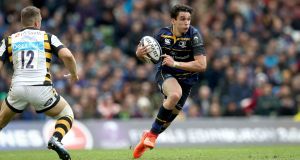 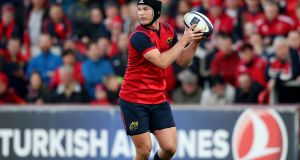 Joey Carbery and Tyler Bleyendaal, by standing at second receiver, have brought a valuable attacking element to both Leinster and Munster.

But looking at how Saracens and Clermont ominously followed them into the Champions Cup semi-finals, I’d preach caution about a new era of Irish provinces winning European titles.

All four home sides dominated on the weekend. That’s long been the way. It should also be noted just how poorly Wasps and Toulouse performed in Dublin and Limerick. Neither club was given much scope to show what they are capable of but, equally, they lacked essential traits needed to win on the road. That starts with collective body language – just see the Munster pack – and also includes performing the basics with efficiency.

That’s not to take away from an incredible weekend for Irish rugby. I’m just being realistic, because, be under no illusion, Clermont and Saracens remain the recent benchmark for achieving success in European rugby. Both will seek to wrestle the provinces into submission.

It takes a monumental effort to win outside your own country. Saracens, as champions and still in possession of the strongest squad in Europe, look the most capable of achieving this in Dublin on April 22nd.And there are few greater challenges for Leinster, as a club, than beating Clermont in France. To do it twice in five years would be a phenomenal achievement.

But what a wonderful place both these squads now find themselves in.

The semi-finals provide further opportunity to evolve under the most severe pressure imaginable. Both Leinster and Munster are already – via Carbery’s heads-up play and Bleyendaal’s positioning – making clear progress.

Carbery’s rugby intellect reveals wisdom far beyond his years. The pass for Isa Nacewa’s try was low-percentage (especially given where it was on the pitch and that Wasps love an intercept) but delivered the highest return possible.

The defence was hoping Carbery would take one more step before passing as that would have eliminated the cut-out pass to Nacewa.

Wade backs his pace – which is understandable – but the way Leinster set up is a mixture of good coaching and players understanding the strategy. By putting two players in the five-metre channel – Nacewa and Adam Byrne – they multiplied their options and created doubt in the minds of the defenders.

When Carbery received the ball he held his space to see what the defence did. They sat off, so his ‘goose-step’ acceleration engaged Daly and left Wade flat-footed. In the same breath he began his pass motion. Throughout this rapid movement, Carbery seemed to glance at the players outside him the one time.

His ability to process information on the run is a joy to watch. There are plenty of Irish players who can catch and rip a pass on the gainline. What impressed me the most was when he made the decision to pass. Carbery’s ability to make the split-second call not to take another step but let fly is as impressive as the pass itself.

Such instinctive ability is rare from Irish players. That he can do it age 21 tells me he could do it age 16. His ability to spot the gap and stay straight shows how mature a player he already is. This skill wasn’t developed during preseason when Graham Henry informed the Leinster coaches that Carbery would be their number 10 for the next 10 years.

Carbery is a natural who will only get better. Still, a crucial element in this try was everyone else’s lines of running. If Ringrose was a yard flatter the pass option disappears as Daly can cover him and allow Wade drift onto Nacewa.

The Carbery pass has some air time but Isa stalls his acceleration so he’s running onto the ball and therefore able to soak Wade’s cover tackle and still score.

If Isa had to check for that pass Wade gets a better shot at putting him into touch.

There is a lot going on in this one attack. Sexton’s distribution and depth are excellent. Johnny doesn’t really commit a tackler but he does enough for the shoulders of two defenders to be angled towards him. That matters.

Leinster are now displaying the attacking traits visible in all the really successful modern sides. Two playmakers can punch holes in any defence simply because it divides the resources. New Zealand have been doing it for years because so many of their three-quarters seamlessly slip into first receiver. England have won back-to-back Six Nations with Owen Farrell at 12.

Leinster, with Johnny as the primary first receiver, were hardly one dimensional but the challenge now for Clermont is how to contain them with the extra dimension of Carbery. They will probably just seek to starve them of possession and bulldoze through them like they did to Toulon.

Carbery’s presence makes Sexton a far more dangerous proposition. The need to be aware of Joey’s positioning means Johnny can punish the opposition. And vice versa. Johnny would be confident enough in his own ability to understand the benefit of nurturing Joey, not least because it makes his life easier, and the team better.

Injuries have got Carbery into the team. Fullback is the easiest place for the dual playmaking role to come from.

He’s also a good defender. He controls the tackle environment by knowing where his team-mates are and showing the attacker where he wants him to go.

On a few occasions, Kurtley Beale sought to counterattack but Carbery’s tackle technique – side on and quickly out of the contact zone – was excellent. Again, that wasn’t learned in the academy.

Munster played to their strengths and duly played Toulouse off the pitch. It was the game they wanted in Thomond Park: a confrontational French pack, which they faced down, in order to create space for their dual playmakers.

They essentially used two outhalves, left and right as Scannell or Zebo attacked one side, both being left-footers, with Bleyendaal on the other.

Time and again Munster, via Bleyendaal, sent Toulouse deep into their own territory.

Now, Munster cannot lay claim to possessing two out-and-out playmakers. Scannell, while his game is constantly improving, is not in the same bracket as Carbery as a distributor. Not yet anyway. JJ Hanrahan returning to Limerick next summer gives them another quality passer at 10 or 12.

It will be interesting to see what midfield Rassie Erasmus selects to play Saracens. Francis Saili has been used off the bench, with Jaco Taute and Scannell in the centre (just as the IRFU would like to see it when allowing Munster to keep two foreign international centres on their books).

The supply line to Bleyendaal from Scannell (or Zebo) was a nice tactical shift that can be evolved further against Saracens. Munster can’t go toe to toe with the English champions for 80 minutes and expect to win. CJ Stander and Peter O’Mahony will believe they can – of course they will – but a more nuanced approach will help.

Saracens will have noted the big pull-back passes to Bleyendaal. They will surely react by putting more pressure on them. If, say, Brad Barritt shoots up on Bleyendaal, there has to be another way of finding space.

These next major challenges for Leinster and Munster – dethroning the European champions and winning a semi-final in the south of France – are the ultimate in club rugby.

These semi-finals are ideal moments for Leinster and Munster to learn more about themselves. The question for each leadership group is, how will they play? Do they continue with the expressive approach we saw over the weekend – and just improve their accuracy – or revert to an error-free knockout rugby attitude?

The game always rewards ambition, so long as it’s partnered with accuracy. Having the belief to go for the difficult score is what separates the All Blacks from the rest of the rugby-playing world.

For example, if Leinster offload 16 times – as they did against Wasps – they should beat Clermont.

Going for it and failing is far more beneficial to a team in the long term than losing with a conservative approach.

Both Leinster and Munster have earned the right to face this conundrum. There have been good reasons why both teams have been playing with freedom up to this moment. Now all that matters is winning. And winning semi-finals requires much more than a purely emotive performance. It has to be more about the pursuit of greatness.

And that requires a little bit of everything.

Ken Early: Handball ‘crisis’ a timely distraction from the grim bigger picture 06:00
GAA Championships await and we need a button for the buzz of the crowd 06:00
Arctic conditions in Ballymena and snowflakes in Paris 06:00
More fireworks on club scene as Corofin’s long Galway run ends 06:00
Sporting Upsets: Connacht’s greatest day as they claim title glory 01:00
Crossword Get access to over 6,000 interactive crosswords